A threadline that only makes sense in the Idiocratic America of 2017.

A Greek Life leader accidentally sparked mass hysteria after he placed a banana peel on a tree in the woods — because he could not find a trash can.

By now you’ve heard about the memo that circulated at Google criticizing the company for its politically correct corporate culture, mindless “Diversity uber alles” policies, and intolerance for people with different opinions. To demonstrate their commitment to diversity, Google hunted down and fired him. In Silicon Valley, it would seem opinions critical of political correctness and diversity are ‘violence’ because ‘ they make people feel afraid. 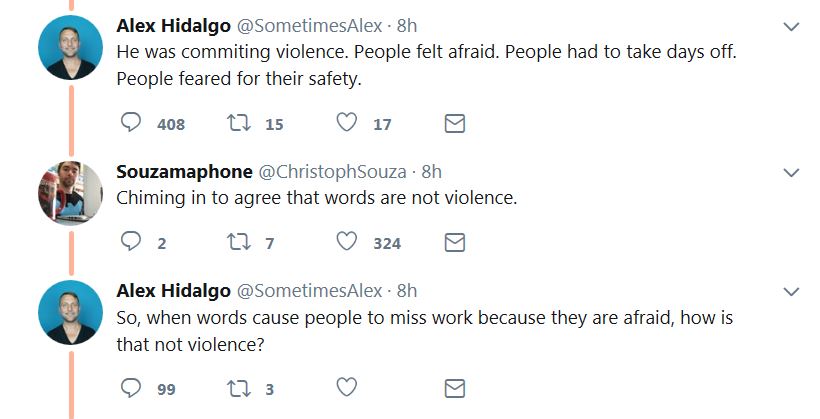 Due to the clamoring of hundreds of you, I have written this post on the topic of American Education. Well okay, it wasn’t hundreds of you. Okay it was my mom. Recent news stories and Ricochet discussions about all the little Special Snowflakes falling like a blizzard on every college campus have made me think […]

I was headed down the subway steps at a fairly fast clip when suddenly the traffic slowed to a crawl because the girl just ahead of me decided that she may as well fish around in her purse for her phone since the girl ahead of her was already in a plodding rate of descent, […] **Guest post by kidCoder’s fiancée** I attend Brandeis University, and thus, I have the great (white) privilege to be watching history unfold before my very eyes! Preview Open

Much has been written in the past week or so about the shrieking, militant Special Snowflakes at Yale and Mizzou. Many have placed the blame for their obnoxious behavior on today’s “helicopter parenting” – and that’s certainly a big part of it. Still, this stuff is taking place at universities, which at least market themselves […]