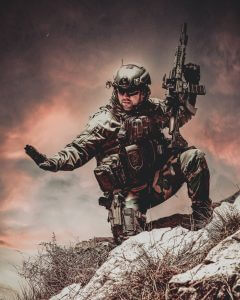 But let us not forget why America was in Afghanistan in the first place. A generation has passed since the awful day when our nation was attacked by terrorists, terrorists whose place in the world was protected by the then despotic rulers of Afghanistan. The American soldier returned fire, raining down justice so that freedom might ring. And the freedom was passed on to the Afghan people. The American soldier was the face of the American people, interested in nothing more than peace.

America’s protective, peace-keeping service continues today (long after World War II) in Europe and at the DMZ in Korea. Why American presence could not continue in a conditional advice-and-consent role in Afghanistan was not a decision made by the American soldier. Our commitment to peace in the Middle East was kept by the American soldier. It is unfortunate but true that in a sin-marred world there are times when the forces of good must face off against the forces of evil, with force. The American soldier runs toward the battle; the people that need protection are grateful for their fence of grace.

My dad was a great raconteur. He told stories well, entertainingly, and usually with a purpose. And the best thing about his stories was that, although they often sounded highly improbable, they were almost all completely true. I know, because I was there for many of them. (Not for the one about the prisoner who […]

The conversation you will find below started in Mr. Aaron Miller’s fun discussion of games & therefore I felt it should be taken out, because it’s ugly stuff. The book is, I believe, a must-read for people interested in American war & modern warfare. I expect more than a few people here on Ricochet have read […]