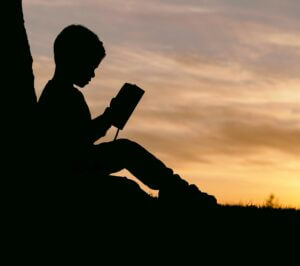 The Left is relentless in pushing its agenda, particularly on our children, who are vulnerable and naïve about the effects of propaganda in the schools. Gov. Ron DeSantis continues to hold the Left and its cohorts accountable for their actions and agenda, and they continue to misrepresent what they are doing.

The latest salvo from the Florida Department of Education and the legislature has been the rejection of math books being offered to the state. Propaganda in math books, you ask? How is that possible? The political Left has found a way. They cloak their teaching in the framework of critical race theory, by offering euphemisms for that term. Worse yet, they have taken a subject that was probably relatively harmless in its original form—Social and Emotional Learning Theory—and have redefined it through the racist content of the class. Before I explain how this manipulation of our education has evolved, I’d like to explain the actions that the FL Dept. of Education took just over a week ago:

Last Friday, the FLDOE announced in a press release that it is rejecting 54 of the 132 new math textbooks submitted for approval this year—the highest number of banned textbooks in the state’s history. The press release was titled ‘Florida rejects publishers’ attempts to indoctrinate students.’

D-Day and Reflections on the Big Picture
iWe · 32 Likes

We Were Once a Moral People
Stina · 19 Likes

Be Careful Whom You Mock
Keith Lowery · 23 Likes

Roe v. Wade Is Over!
The Ricochet Audio Network

Will the Abortion Ruling Take Away From Pride?
The Ricochet Audio Network

Google and the Perils of Monopoly
The Ricochet Audio Network