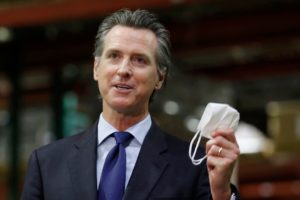 I know that is a shocker to see for anyone with two eyes, but there it is.

LA Times indicates that it is concerning. Not because Kaiser is a bloated entity that exists primarily to give the appearance of “health maintenance” while denying actual treatment to actually sick people. But because the siphoning of state funds directly to Kaiser puts the dream of single-payer in jeopardy.  Sorry, I mean “Medi-Cal reform.”

Chad Benson is in for Jim. Join Chad and Greg as they breathe a sigh of relief for California as the legislature pulls the plug on single payer health care legislation – for now. They also suggest the sudden departure of Jeff Zucker from CNN is not just about his failure to admit his extramarital affair in a timely fashion. And they roll their eyes as law students at Georgetown University Law School demand a cry room and reparations in the form of pizza after they were offended by a conservative professor’s tweets about the Biden criteria for choosing a Supreme Court nominee.

The current Covid 19 crisis is going to place stress on health care systems in every country. At the end of it, we’ll all be looking at how we handled it, what worked well, what we could have done better and the impact of how we dealt with it on our lives going forward. Preview […]

Start the week off right by joining us for the Three Martini Lunch.  Today, Jim and Greg celebrate the U.S. forces who tracked down and eliminated Abu Bakr al-Baghdadi, the ISIS leader responsible for some of the most heinous and grisly murders, rapes, and oppression we’ve seen in recent times.  They also pile on the Washington Post for offering a much softer headline and obituary for al-Baghdadi than was appropriate.  Jim and Greg are pleasantly surprised to see liberal political street fighter Rahm Emanuel begging Democrats to stop pushing Medicare for All.  And as California Democratic Rep. Katie Hill announces her upcoming resignation, they explain why this story is disturbing on virtually every level.

Jim Geraghty of National Review and Greg Corombos of Radio America discuss the American Medical Association rejecting call for single-payer healthcare system. They’re also disgusted as prolific “Jeopardy!” winner James Holzhauer faces a massive tax hit courtesy of the state of California. And Jim and Greg discuss how Democratic voters in Virginia are returning a scandal-tarred candidate to the state legislature and how Democratic politicians are cozying up to Gov. Ralph Northam and his campaign money again.

Jim Geraghty of National Review and Greg Corombos of Radio America applaud the USA Today editorial writers for pointing out Medicare for All would rip more than 100 million Americans away from coverage they like and run up a cost that even government economists can’t figure out.  They also slam Cory Booker for demanding a ban on “assault weapons” and refusing to say whether he would jail gun owners who refuse to give up their weapons.  And they unload on Pennsylvania Democratic State Rep. Brian Sims for filming himself harassing people peacefully praying outside a Philadelphia Planned Parenthood abortion clinic and even offering rewards for his followers to identify the people he’s intimidating.

Jim Geraghty of National Review and Greg Corombos of Radio America welcome the political debate to come as more and more Democrats enthusiastically endorse full government control of our health care and point out Americans sour on the idea quickly when they learn even a little bit about what single-payer really means.  They also kick back and watch the public implosion of Hillary Clinton, most recently featuring her refusal to offer “absolution” to women who didn’t vote for her and contending George Orwell’s message was to trust our government and media.  And they react to College Park, Maryland, officials voting to allow illegal immigrants to vote in local elections. The United States is facing another crisis in organizing its health care system. It is clear that the private exchanges concocted under the Obama administration are failing at a record rate for the simple reason that they violate all known sound principles of insurance. The planners who put these programs together unwisely thought that universal coverage would overcome the standard insurance problems of adverse selection and moral hazard. Thou Shalt Not Covet Thy Neighbor’s Donkey
Dr. Bastiat · 34 Likes

Latest dispatch from the cesspool that is Seattle
RushBabe49 · 15 Likes