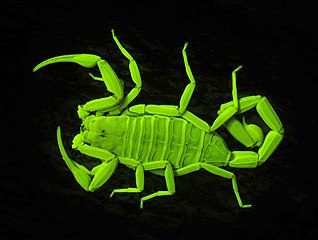 I could go on at some length, but of course I have. So, to fill an empty space and take a writing stub off my draft spindle, I offer the short version, each sentence a summary of paragraphs, indeed of multiple articles and videos that may come to your mind. Hereafter a raid rant: short sour, sweet or sour — maybe spicy.

Trump owns this. His long silence on the J6 political prisoners led to the American Stasi’s raid on Mar-a-Lago, and to his almost certain fraudulent indictment, show trial, and false conviction by a jury of his haters. He shoulda known. The McConnell and McCarthy congressional cabals also own this, along with the weaponized IRS poised to crush the coalition of working-class citizens Trump first led, as surely as the IRS crushed the Tea Party, to the benefit of the Congressional GOPe. Sorry to say, but your favorite conservative senators and representatives have been no more real opposition than the Washington Generals. They will do no more in the next two years than their team did to actually stop Obama. All these fools or knaves are endangering our constitutional republic as surely and imminently as the feckless Kerensky government led to the Bolsheviks’ victory and 70 years of Soviet socialist tyranny. They all shoulda known. Finally, we have been in similar peril before: Alien and Sedition Acts, anyone? We are not foredoomed to darkness.

I mostly consume books in audiobook form these days—combination of being able to listen to audio sometimes while working and having tired eyes when my work’s done. My Audible wish list and library are full of weighty books on important topics that yeah, absolutely, I’m going to get to, for sure, but … the idea […]

As is my wont, here following is a brief playlist to set the mood for the monthly theme. As it is a very abbreviated, belated, theme, you get a short playlist with short, sweet, sour, or spicy songs. You want short songs? The Dead Kennedys, a punk band, have a 29 second “Short Song.” The […]

This August’s theme is “Short and Sweet or Sour, Maybe Spicy.” Yes, it is late in the month, so let’s keep this short and sweet (or sour). In the final third of the month, the third period if you are a hockey fan, drop a short post on the topic of your choice. Make it […]