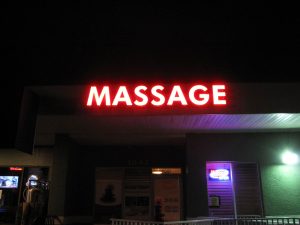 Back in the early ’80s when I was young and stupid, I drove my car up Beach Boulevard and went into an adult theater for the first time.  I thought I was in heaven.

Establishing context, my father never talked to me about sex and my mother simply handed me a book about frogs mating and between that and some vague postulations from a science teacher, I was supposed to somehow draw my own conclusions.  What I saw on the screen brought it all together for me in a very powerful way.

I heard about escort services and the free adult papers distributed outside post offices and on my third try relinquished my virginity to someone whose name was likely not hers. Was reading this article about yet another progressive pederast; this time, the conductor of the New York Metropolitan Opera, James Levine. Seems he had a penchant for molesting teenage boys. Two years ago, CBS News labeled him “America’s Greatest Living Conductor.”

Most of these accusations date back to the 1970s and are not dissimilar to the behavior of iconic LGBT pederasts like Harvey Milk, Gerry Studds, or Harry Hay. The sexual “revolution” of the 1960s manifested itself in the wide-open, no-limits sexual license of the 1970s. The ’70s were when a lot of the people who are trouble today — Al Franken, Roy Moore, John Conyers, Anthony Weiner, Bill Clinton, Ed Murray — developed their sexual morality. It was an era when Alan Alda — whose Hawkeye Pierce character on M*A*S*H would be considered a sexual predator and rapist today — was a feminist icon.

The idea of rape and sexual harassment were still present, but rape was pretty much limited to what Whoopi Goldberg would call “rape-rape”: actual forced penetration of a woman by a man. Sexual harassment was pretty much limited to “perform sexual acts for me or you’re fired.” But, over time, the rules changed. Initially because there were forms of sexual misconduct like “date rape” that didn’t fall under the previous definitions.

Perpetuating Moral Childhood and the Decline of the West

The West is losing its religion, and, perhaps, there’s no greater indication of it than the clamor for “my rights!”

“My right” to off my offspring.

I don’t often talk about my organization, but given what we were discussing on Merina’s post I would like to share something important. I wanted to post this there as a comment but ran out of room.  The gal I work for, Dr. Jennifer Roback Morse, believes that the Sexual Revolution is a totalitarian ideology. […]

The Office of the Independent Counsel was created post-Watergate to investigate executive branch wrongdoing. The Democrat-majority Congress reasoned that the DOJ would not be able to effectively investigate its colleagues and bosses. Republicans objected to the independent counsel statute for decades, both on separation-of-powers grounds, and because it was used as a political tool to harass Republican presidential administrations. But it wasn’t until Democrats’ own ox was gored, during the Clinton administration in the form of Kenneth Starr, that Democrats realized what they had wrought. The statute was allowed to expire quietly in 1999 with bipartisan agreement.

I thought of this history as I read Laura Kipnis’s account of Northwestern University’s own independent investigation of her conduct. Kipnis, a liberal professor at the university, has dedicated her career to feminist causes. However, after she recently wrote about her concerns regarding new university policies on sexual relations between professors and students, she became the focus of protests by feminist students. At first, she brushed off the protests. “I’d argued that the new codes infantilized students while vastly increasing the power of university administrators over all our lives, and and here were students demanding to be protected by university higher-ups from the affront of someone’s ideas, which seemed to prove my point.”

Sometimes an article articulates what one has been trying to say so comprehensively and with such passion there is nothing more I can add. Anthony Esolen has written such an article on the subject of the sexual revolution and its aftermath and how it relates to Liberal/Libertarian positions on the issue. It’s titled “Fools or […]

One of the things that convinced me of the truth of the claims of the Catholic Church is its view of human sexuality and marriage. I found it very beautiful, compelling, and a proclamation of truth. Once I understood the teaching, I thought to myself, “If the Catholics are right about this, what else are […]

Do “free society” and “court-ordered circumcision” go together? NO. Sexual permissiveness has expanded the scope of the family courts. Here is what I mean: Preview Open