President-elect Donald Trump has chosen retired Marine Gen. James N. Mattis to be secretary of defense, according to people familiar with the decision, nominating a former senior military officer who led operations across the Middle East to run the Pentagon less than four years after he hung up his uniform.

To take the job, Mattis will need Congress to pass new legislation to bypass a federal law stating that defense secretaries must not have been on active duty in the previous seven years. Congress has granted a similar exception just once, when Gen. George C. Marshall was appointed to the job in 1950. 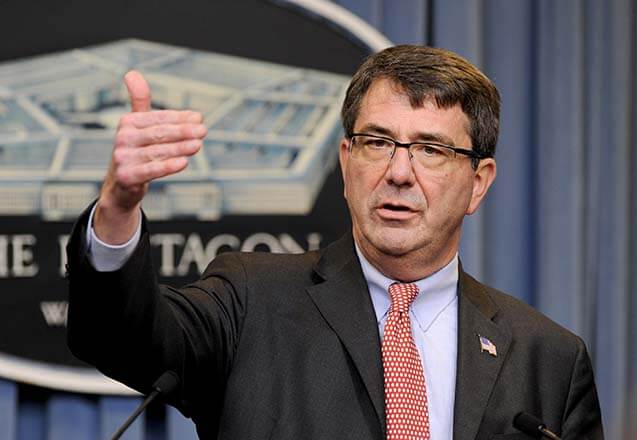 Well, I didn’t know much about Ashton Carter until today. But good citizen that I am, I have tried to inform myself. What I have concluded from my study — admittedly not a deep one — is that Ashton Carter is the most singularly boring being in all of recorded human history ever to have wielded so much power.

Define B as “boringness quotient” and “P” as “capacity to destroy the world.” I would have said, until yesterday, that Angela Merkel expressed the world’s highest BP coefficient. But Ashton Carter just leaves her in the dust. She is as nothing in BP compared to our new Secretary of Defense.