So, just after all the “breaking news” that ACB was President Trump’s pick for SCOTUS, two despicable “people” went on twitter and floated nasty unsubstantiated accusations about her adopted children. I honestly don’t understand the thinking process where anyone would think that this would be acceptable in any framework. There is no cause that justifies […]

President Trump is going to announce his nomination for the Supreme Court later this week, and all the talk is about Amy Coney Barrett, currently a Notre Dame professor of law and a judge on the Seventh Circuit Court of Appeals.  As it happens, Amy was a classmate of mine at Rhodes College, a small (1,400 students at the time) liberal-arts school in Memphis.  I didn’t know her well, but she was a friend of other friends, and we were acquainted a bit through being in a club together. 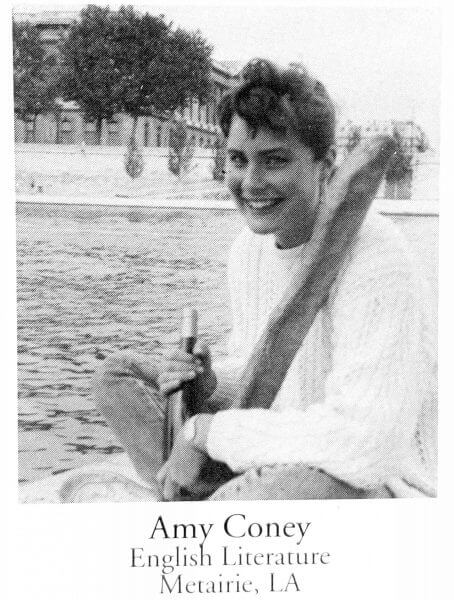 I can tell you a few things about her, though.  For one thing, she did not have a wild reputation, so I think that if she’s nominated, the Senate hearings will have to find something else to complain about.  She was an English major and served on the Honor Council, a student body that enforced our honor code against lying and cheating (a great feature of academics at Rhodes that allowed us take-home tests in many classes).  We were both in Mortar Board, an honor society.  She wasn’t a political activist and was never a member of the College Republicans (I was, and we had a much larger membership than the College Democrats).