If you’ve been paying attention, you’ll know I have a love-hate relationship with the humble 1¢ coin.  Awhile ago, I found this in a bank roll: 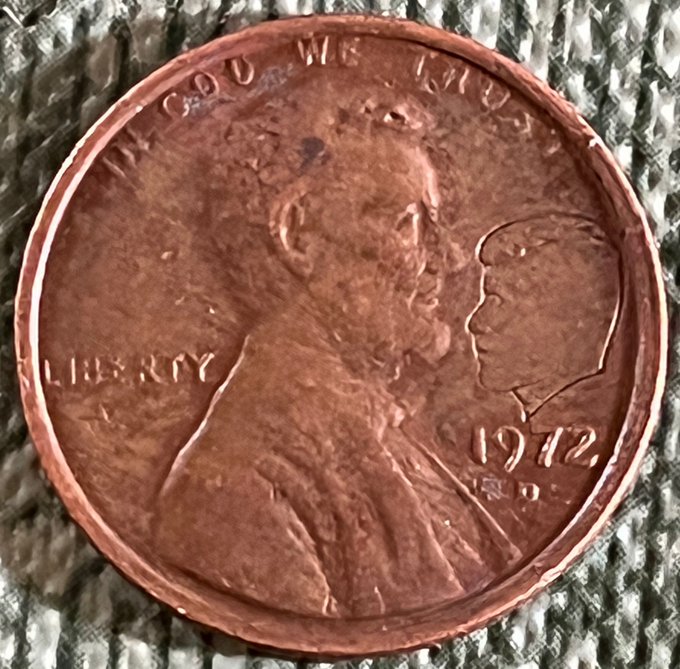 Many cities have mandated recycling. Recycling doesn’t save money, it costs money. If it saved money, a mandate wouldn’t be necessary. The recycled material is sold on the market, but certainly income from such sales doesn’t cover expenses. The reason for recycling is about “saving the planet.” Probably most of those cities mandating recycling include plastics.

Remember hearing in the news a few years ago that China, which recycled most of the world’s plastic, wasn’t going to do it anymore? What is happening to all that material collected? It turns out that plastics can’t be recycled, at least in a manner that makes any sense, economic or otherwise. We would be better off landfilling or incinerating it. What earth-hating environment-raping nutjob is spewing this nonsense?

“Hello, this is Leila. Can you hear me alright?” the bright and cheery voice on the other end of the phone started the conversation. There are scam artists, and there are scam artists. It sounds like this latest crew is lower than a snake’s belly, targeting veterans who are on federal food assistance who hold an EBT card (food debit card). They appear to be doing so by hijacking the good name and good works of a legendary American entertainer and a veterans’ charity organization.

I had a conversation with a Veterans of Foreign Wars life member after calling into our local VFW post. I happened to be there to take care of back-office business. The veteran called seeking more information about a grant with Charlie Daniels’ name attached. He read a snippet of the web-based pitch, something along the lines of: “Get out your EBT card and get ready to receive four months of living expenses.”

Immediately, I alerted on “EBT card.” I told this combat veteran that it was almost certainly a scam. He did not know what EBT was, so I explained: “It is the food stamp card.” “Oh! But they have Charlie Daniels’ picture and name right on top of this page.”

Jim Geraghty has long sounded the alarm about politicians who run campaigns not to win but as book tours. They mess up primaries, in particular, by creating noise that makes picking the right candidate harder and slows the unifying of the party before the general, while contributing nothing of value. At best, they offer an idea that the public can enjoy (although it’s much easier to find a memorable idea, like Cain’s 9-9-9 tax plan, than an idea that has gone on to have an impact).

What is unusual about Johnson’s campaign, and unlike his last two efforts, is that he’s finally come out and said it. In an interview on Scott Steigler’s Stig show, he said “By ‘fully expect to win’ – I’ve won, because – is winning receiving more votes? Maybe that won’t be the case.” Then later “Winning? I’ve won, really. I’m sitting here with you. You wouldn’t have had me on any other way, right?” Stig says “If that’s your qualifier, we need to raise your standards.” Johnson responds “Does winning mean you get more votes?” Stig explains that “Winning does mean you get more votes. You can’t influence anything if you don’t, right?” And Johnson says “Well, maybe that’s not the case. That’s kind of what I’ve dedicated my life to, is talking about these issues as they should be talked about… You can argue that I didn’t stand a chance in either one of those [presidential] races.” I’ve been sick, off and (mostly) on, for the last month. Not quite sick enough skip work, just “walking wounded” through each work week before crashing and burning every weekend to recover enough so I could do it again. It’s some kind of respiratory thing that just lingers, like a clueless party guest who wants to hang out while I’m cleaning up, ignoring all the hints I’m dropping about how “I’ve got an early day” tomorrow.

Because I felt so crummy at work, I cancelled a class afterward and trudged back home through the blowing snow to my apartment, where I decided to self-medicate with a glass of brandy (what’s good enough for consumptive ladies trudging through the snow to the manor house on Masterpiece Theater must surely be good enough for me). That’s why I happened to be home when there was a knock on my door, which is always creepy in a New York apartment when you aren’t expecting anyone and haven’t buzzed anyone in. Sure, it’s usually just the super but once it was a couple of Mormons, which was completely unexpected (that’s another story). This time, it was a young man with an iPad who flashed an ID then launched into a dizzyingly-paced spiel (at least, to one who’s been hitting the brandy) about how I haven’t responded to an “urgent notice” on my power bill and — if I’ll just confirm a couple of codes on the bill for him — I can sign on with a new carrier and stop getting overcharged by my utility company.

“How long have I been getting these notices?” I ask.

Some less-than-honest individuals have been bragging on Twitter about how they managed to exploit Walmart’s new price-matching policy (where they’ll now match prices from Amazon.com), defrauding the retailer of hundreds of dollars a piece. They accomplished this by creating fake and ultra-cheap listings for PlayStation 4’s on Amazon, and printing off the screenshots before they […]