I grew up in Santa Fe but moved away in 1980, only occasionally returning for visits. These visits became a lot more occasional when I moved to Texas. I recently went back to visit my mom. I love Texas, but Santa Fe is really breathtakingly gorgeous: 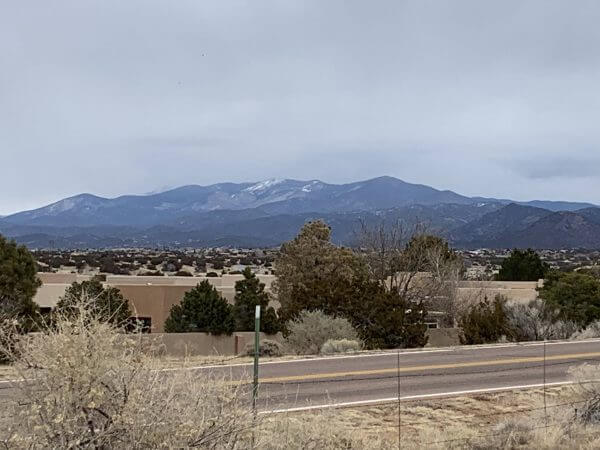 At the obelisk statue in the Plaza in Santa Fe, New Mexico there is a very polite sign explaining why the word “savage” is used in the etchings on the memorial. It is a memorial dedicated to soldiers who fought for the Union and battled Native Americans in the West. Preview Open