In the Land of Confusion podcast covering the six-month anniversary of the start of the Ukraine War, I stated that the behavior of the Ukrainians over the last six weeks struck me as consistent with their shaping the battlefield for an offensive around Kherson. The types of strikes that Ukraine had been making were designed to isolate Russian forces in Kherson by cutting supply routes, destroying ammo and fuel dumps, and forcing the Russian aircraft out of Crimea.  I thought it would start in September, likely mid-September.

It appears I was off by a week or two. Both Ukrainian and Russian sources are reporting that such an offensive has begun.  At this point, both sides are declaring they are winning. That, too, is to be expected.

A panel discussion was held and sponsored jointly by the Center for Immigration Studies (CIS) and the Hungarian Migration Research Institute (MRI), which examined the challenges posed by the Ukrainian refugee crisis. Russia’s invasion of Ukraine unleashed a deluge of refugees on Europe comparable in size only to the massive displacement of people at the end of World War II. Front-line countries in Europe – Poland, Slovakia, Hungary, Moldova, and Romania – opened their borders to those fleeing Ukraine, and the EU in an historic decision offered them temporary protection, including the right to work. The United States has focused on helping Ukrainians where they are in Europe, pledging up to $5 billion in humanitarian assistance. In addition, however, the Biden administration has pledged to take in 100,000 Ukrainians, granted Temporary Protected Status to those already in the U.S., and created the “Unity for Ukraine” program to allow individuals to sponsor Ukrainians who don’t want to stay in the EU.

A new report and podcast from the Center for Immigration Studies provides an overview of the Ukrainian refugee crisis, which has seen more than four million people flee Ukraine for neighboring countries. The report describes the European Union’s response to those seeking protection in various countries in the region and also highlights the U.S. response, which has been primarily aimed at providing economic and humanitarian assistance to enable Ukrainians to remain in their own region. However, President Biden, under pressure from refugee advocates, eventually committed to resettling 100,000 Ukrainians. The report provides a snapshot of the Ukrainian population already resettled in the U.S. which these individuals would be joining.

Most Ukrainians already resettled in the U.S. arrived under the “Lautenberg Amendment”, a Cold War-era program that gives priority to Ukrainians and others from the former Soviet Union who claim to be persecuted because of membership in a religious minority group. The program is on automatic pilot, being renewed yearly despite the fact that the Soviet Union no longer exists. It will undoubtedly be used to fast-track the resettlement of Ukrainians in the coming months despite the lack of religious persecution in the EU, where the Ukrainians are located.

Russia invaded Ukraine.  Why?  There are many theories, but there is a near hysteria in the media/political class about it.  My knee-jerk reaction is to be against it.  But I do not understand enough to really know whether there was any justification for the invasion. To those who today say there can be no excuse […]

Is there a chance… a slight chance, but still a chance … that Volodymyr Zelenskyy isn’t quite the great savior of democracy we are being told he is?

In an address to the nation delivered Sunday, he announced a temporary ban on “any activity” by 11 political parties. The ban includes the Opposition Platform – For Life party, which holds 43 seats in Ukraine’s national parliament and is the largest opposition party. Opposition Platform – For Life is a pro-Russia party, but on March 8, party leader Yuriy Boyko demanded that Russia “stop the aggression against Ukraine,” according to Ukrainian outlet LB.

Dr. William Hamilton’s biography is too long to publish here. Suffice to say it is distinguished, accomplished, and meaningful. The native Oklahoman and Nebraska political veteran is a highly decorated US Army and Air Force veteran of 20 years, much of that served in West Germany and other European nations. He’s a graduate of the […] 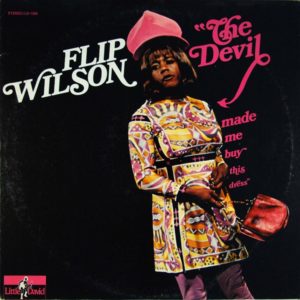 I’m not quite sure how to start this. In fact, I’m not quite sure I’m going to post it. I write a lot about Russia, for Ricochet and in ‘real life.’ Watching the level of discourse about the war in Ukraine across American social media has been…well, let’s just go with ‘words I’m not allowed to say here because this is a family website.’ Maybe, if it were something that was less present in my everyday life, I would feel as though I could engage with this topic and not watch my temper rocket from zero to a hundred in record time. But it isn’t.

As a historian, I have a sub-field specialty in Russia, and as a scholar with a professional interest in Jewish studies, Russia and Ukraine are vital research locations for me. As an undergraduate student, I spent three very difficult years going from my ABCs to fluency in Russian. As a Russian speaker, I’m sitting in an apartment filled with books, vinyl records, t-shirts, etc. in Russian. As a human being, I have people I love in Russia and Ukraine, and even more people I love have friends and family in both of those places. In the last week, I’ve seen a Ukrainian friend I studied with in London leave the safety of that city to fight for his country, and have watched from afar as a Russian friend’s life comes unraveled, her brother and father conscripted to fight, her Ukrainian family struggling with no hope of help, her avenues to the outside world growing narrower every day, and her activism a very real threat to her life. It’s entirely possible that he will die defending his nation, and she will go to prison for criticizing the megalomaniacal dictator that runs her country. A month ago, we were joking about our stress-obsessed former Russian teacher, or our shared taste in oldies underground rock. Now I’m just hoping that I won’t wake up one day and realize that yesterday would be the last time I ever heard from them.

Here’s a pretty good rundown of the stupidity of just the last couple of weeks. I am pretty sure there’s a few things he missed. Preview Open