Have been thinking about going to the NRI Half Day Forum in Palm Beach but hadn’t gotten around to figuring out logistics or investigating who the speakers would be. Then last night the following post appeared on the National Review Institute Facebook page and I was SO psyched: “On Tuesday, February 6, Mr. Rush Limbaugh will leave his gold […]

Many conservatives were frustrated during the primaries to see the entertainment wing of the GOP promote the candidacy of the distinctly non-conservative Donald Trump. AM talk radio hosts, Fox News commentators, and best-selling authors made their fortunes by condemning countless Republican office holders as RINOs, squishes, and sell-outs because they made promises on immigration that they refused to keep once in office.

While few entertainers out-and-out endorsed Trump, a majority cheered on his candidacy despite of his lifetime of flip flops and funding liberal Democrats. Whether it was for ratings, access, or personal friendship, their early boosterism of The Donald helped many self-defined conservatives accept the New York millionaire as a true-blue Republican. But with Trump’s disorganized retreat from his get-tough immigration policy, Rush Limbaugh admitted today that he never took Trump seriously on the issue. For those outside of Rio Linda, Hillary and Bernie are polling in a statistical dead heat before the CA primary on Tuesday. While Clinton’s nomination is a fait accompli, many would like to see her stumble across the convention finish line severely weakened after losing her most recent primaries accompanying her potential indictment.

Rush Limbaugh fans will recognize his self-identified title of “Doctor of Democracy.” I have been listening to him regularly for over 20 years and had no reason to doubt it. Now I do. Preview Open

So far this week I have been very disappointed in Rush while trying to listen to the first 90 minutes of his show. Twice I have given up in disgust. He seems to be obsessed with the idea that Trump is fighting the Republican Party’s “Elites.” The possibility that Trump is conducting a hostile takeover […]

Chris Wallace interviewed Rush Limbaugh today on Fox News Sunday.  I don’t listen to Rush regularly, and was surprised by some of the points he tried to make. He criticized Mitt Romney for speaking out against Donald Trump as the Republican candidate for president.  He did not identify any of Romney’s points as untrue, but […]

Rush did the unspeakable on his show today. His offense? Defending Rubio for his conservative principles. While he mentioned the “baggage” of the Gang of 8 bill as an issue, he lauded him as an otherwise solid right-winger, despite his “RINO” proclivities, of you know, being more conservative than Reagan. Preview Open Millions of conservatives have listened to Rush Limbaugh since his syndicated show first appeared on their AM dials. For more than a quarter century, the mighty El Rushbo has argued passionately for Constitutional principles from behind his golden EIB microphone, eviscerating liberals and also weak-kneed establishment squishes who deviated from the small government mantra of classic Republicanism.

Which is why so many conservatives have been bewildered by Maha-Rushi’s months of fulsome praise for the pro-gun control, pro-choice, pro-universal healthcare, Clinton-donating, eminent domain-abusing, Republican-as-of-last-Tuesday Donald Trump. Rush has always loved sticking it to the GOP establishment, but selling a literal RINO like Trump to his loyal listeners seemed distinctly out of character.

However, The Donald’s recent attacks on Senator Ted Cruz have finally prompted the nation’s most popular talk show host to give his Palm Beach neighbor a stinging brushback pitch. Over the weekend, Chris Wallace asked Donald Trump what he thought of Ted Cruz. Trump responded:

So this week my Casper mattress that I purchased at the behest of all of the podcasts I listen to advertising for them arrived today (yes, I did use the coupon code) via UPS. This is the second mattress purchase I’ve made since moving out of my mother’s house in 2008 after graduating college. You […]

On Thursday, Rush Limbaugh featured a Ricochet article about Michelle Obama’s Whitney Museum dedication. If you missed the show, you can listen to the clip here:

Some pretty awful things were said about Rush Limbaugh in a Democrat fundraising letter. It said he was tolerant of rape which is an ugly lie. But plenty of ugly lies have been said about Rush before, that he is a racist, a misogynist and a homophobe. He’s fought them with his microphone and is […] 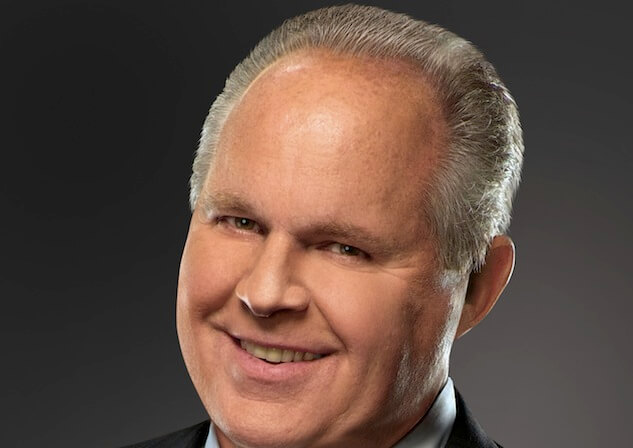 We all know that Rush Limbaugh is writing books for children about the founding of the nation. I think that’s great. The more kids who are set straight about history, the better. Writing for kids is fun–especially about history. I’ve done it, so I know.

When it comes to reaching Millennials, though, I think Rush is missing the best story he has to tell: His own.