It’s unlikely that there is a single federal alphabet organization less popular among the readership of this website than the Bureau of Alcohol, Tobacco and Firearms. These are the people who gave us both the Siege at Ruby Ridge and the Siege of Waco. What’s more, they may well be engaged in an entirely unconstitutional […] 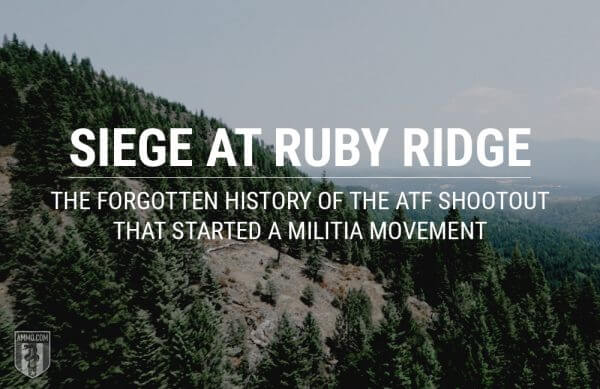 The Siege at Ruby Ridge is often considered a pivotal date in American history. The shootout between Randy Weaver and his family and federal agents on August 21, 1992, is one that kicked off the Constitutional Militia Movement and left America with a deep distrust of its leadership – in particular then-President George H.W. Bush and eventual President Bill Clinton and Attorney General Janet Reno.

The short version is this: Randy Weaver and his wife Vicki moved with their four kids to the Idaho Panhandle, near the Canadian border, to escape what they thought was an increasingly corrupt world. The Weavers held racial separatist beliefs but were not involved in any violent activity or rhetoric. They were peaceful Christians who simply wanted to be left alone.