If you’re under the age of 40 and you’re reading this, chances are very good that your interest in the liberty movement was sparked by three-time presidential candidate and veteran Texas Congressman Ron Paul. Paul inspired an entire generation of Libertarians, Constitutionalists and limited-government Conservatives with his 2008 and 2012 presidential campaigns. It might surprise […]

In 1952, William F. Buckley, Jr. infamously penned the following words, helping to plant one of the first tiny mustard seeds of Neoconservatism: The thus-far invincible aggressiveness of the Soviet Union does or does not constitute a threat to the security of the United States, and we have got to decide which. If it does, […] Like many other Republicans in 2012, I chose to ignore Ron Paul and his supporters as just a deluded fringe element inside the party. “Surely, they can’t be serious,” I said. “No real Republican could ever support a buffoon who espoused policies so clearly out of step with the rest of the Republican Party,” I said.

I was wrong. In retrospect, it wasn’t the message that was attracting people to Ron Paul, it was the medium. Ron Paul’s followers believed in their candidate with a fervor that surpassed anyone else in the field that year because he offered them hope. Ron Paul supporters didn’t just have intellectual knowledge of their candidate, they had faith in him, and the Republican Party chose to ignore their passion. They believed that fever would break, and that Ron Paul’s supporters would find a home inside the Republican Party. They were wrong.

Politics is a game of passion, not position papers. Nixon was elected on the hope he would end the war in Vietnam and provide stability to the country in a time of great turmoil. Reagan was elected and re-elected on hope, and George H. W. Bush followed him to the Presidency because we hoped for more of the good times of the Reagan years. George W. Bush was not initially elected on hope, but he was re-elected because he offered a hopeful resolution to the Iraq War. Since then, Republicans have been offering up competent, successful party leaders, but not people who might inspire the belief in others that their lives were going to get better once they were in office.

The second of a three-part series on the jurisdiction-stripping strategy for restoring Constitutional governance.  (First part here.)  Congress has some ability to remove jurisdiction from federal Courts.  This could be really awesome: Congress gives the Courts less room to legislate from the bench, federal power devolves to the various State courts, and when State Supreme Courts have better Originalists […] 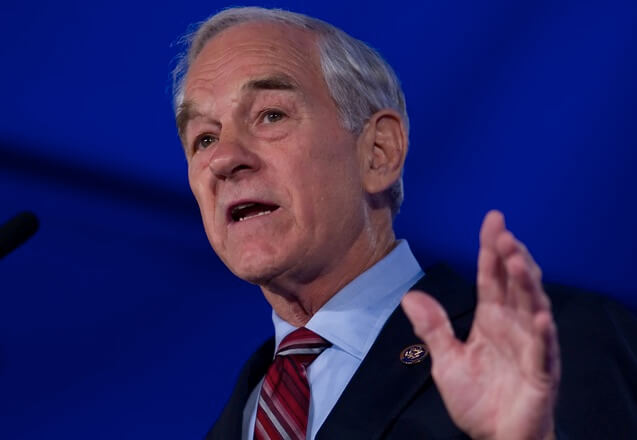 Over the weekend, Politico ran a feature penned by Elizabeth Wahl, the American journalist whose Crimea-inspired on-air resignation from RT (the Russian television network dedicated to bringing Moscow-approved propaganda to the West) went viral —and, a cynic might note, earned her a measure of notoriety she had previously lacked.

The piece doesn’t leave Wahl in the best light — which is probably a sign that she deserves praise for her candor. What emerges is a picture of a somewhat naive young woman who was slow to wrap her head around the fact that RT functions primarily as an annex of the Kremlin, and slower yet to conclude that any such institution is inherently anathema to the practice of anything like real journalism. Still, if ever the phrase “better late than never” applies, it’s probably here.

They May Be Coming for You
Susan Quinn · 28 Likes

Where Is The Outrage?!
Columbo · 22 Likes

Quote of the Day: ‘Happy Birthday to You!’
The Ricochet Audio Network

Reading the Classics with Prof. Bates
The Ricochet Audio Network