“What are men to rocks and mountains? Oh! what hours of transport we shall spend! And when we do return, it shall not be like other travellers, without being able to give one accurate idea of any thing. We will know where we have gone—we will recollect what we have seen. Lakes, mountains, and rivers, shall not be jumbled together in our imaginations; nor, when we attempt to describe any particular scene, will we begin quarreling about its relative situation. Let our first effusions be less insupportable than those of the generality of travellers.” – Elizabeth Bennet, in Pride and Prejudice by Jane Austen 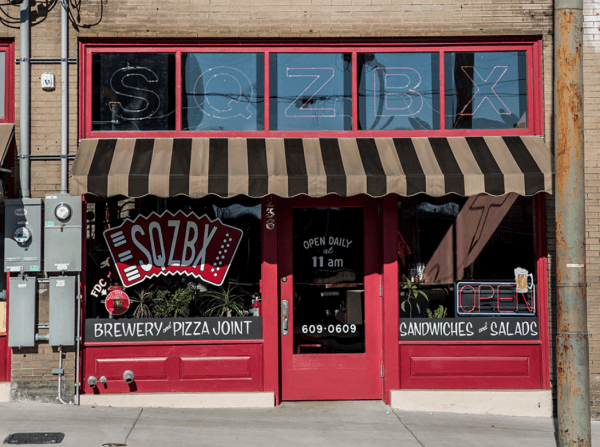 Let me attempt to describe the particular scenes we enjoyed on our recent journey from the flat, swampy terrain of southern Texas to the sandy shores of slower-lower (as the locals say) Delaware. The greater part of our first day was spent driving to Hot Springs, Arkansas. Arriving as the sun started sinking in the sky, we were rewarded with stunning views of Lake Hamilton from the road above. We opted to find a restaurant in the historic part of town and were again pleasantly surprised to find a delicious pizza at SQZBX, a place that showcases its origins as a piano store/repair shop. We learned that our friendly waitress was from Memphis, and she reminded us of the bridge closure that we’d have to navigate the next day. For breakfast, we found a diner that seemed popular with locals. We enjoyed the food, hearing the local accents, and taking in the lake view as we ate.

My more attractive, talented partner in marriage and myself were sitting around discussing what today’s social distancing hath wrought. And what to do about it. I had a stack of once-watched DVD’s on the table with Amadeus and Lawrence of Arabia on top — great films notable for their length. We both agreed that, in times of panic, go for the Directors’ Cuts.

But it just didn’t work. Is that all there is? So we arrived at the best (only?) solution for fearless, devil-may-care Americans. Road Trip! Several months ago, virtually and out of the blue, I received an invitation to a reunion from a high school classmate with whom I did not graduate. It was quite unexpected (since I left after the 9th grade), but surprisingly enough, I found myself intrigued. It is not my custom to reopen closed chapters in my life, but in the months since receiving the invitation, I have warmed to the idea. Not in the least because such a journey would give me the opportunity to visit a place I never expected to see again. This place, in fact, is the genesis to two earlier posts of mine: The Great White-Out of Midway High and River Walk. Of course, there will be no river walk in summer. Alas.

There is a danger in the going, however. The image which I have, real or fantasy, may be lost or irrevocably altered. The rich and fertile ground of memory, perception, and impression that so indelibly mark my understanding of things – particularly my past – may be revealed as veneer, unsubstantiated, phony. To lose the mystery, to have it revealed or to be understood as something else entirely, could poison the well that feeds what remains of my imagination.

Uber has announced that, starting today, self-driving vehicles will be available to users of their service in San Francisco. My proposal: The IT department of ICE, with help from the NSA, should – “Stuxnet”-style – hack into Uber’s systems and create an “offer” of free transportation to anyone who can prove he is an illegal […]

I’m spending the night in Denver, Colorado. At the hotel my Mother picked out a Cannabis Tourism map, showing the local distributors, glass shops and pot related tourist destinations. It also included legal hints (It’s illegal to smoke pot from a balcony that’s visible to the public. Who knew?), and some advertising on the back. […]

In about three weeks time I’ll be road tripping with my parents from (roughly speaking) Northern California all the way back to my native Wisconsin. Any suggestions for stops along the way? Preview Open

Esper: Mother of All Bombs for Muslims, Not Narcos
Clifford A. Brown · 22 Likes