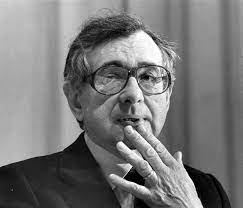 Alfie Evans was born a healthy, happy baby to Tom Evans, 21 and Kate James, 20 of Liverpool, England. As an infant, Alfie received several vaccines all at once along with “other medications”, as was reported. He started showing symptoms of illness at about six months with seizures and then his brain began to deteriorate.  Some have speculated that he had a reaction to the vaccines, but that has never been proven.  The hospital in England could not make a diagnosis, and Alfie was eventually put on life support. When the hospital decided nothing more could be done, even though no diagnosis was ever found, they informed the parents he would be removed from life support. His young parents pleaded that life support continue, but they said no.

It was at that point that Bambino Gesu Catholic children’s hospital in Rome, Italy, just a few hundred yards from Vatican City, offered to take Alfie and continue to care for him. “Rome’s Vatican-owned pediatric hospital Bambino Gesù has offered to treat the 23-month-old boy, who has a serious undiagnosed brain condition. The government in Rome has granted Alfie Italian citizenship in a bid to bring him to Italy and beat rulings to let him die.”

We speak the same language, but sometimes it seems as though the same word can mean a different thing over in England, doesn’t it?   Preview Open

Some of you may now be aware of Katie Couric’s gun control “documentary” via stories from: the Free Beacon (http://freebeacon.com/issues/audio-shows-katie-couric-gun-documentary-deceptively-edited-interview-pro-gun-activists/); Preview Open

Listening to some libertarian video on you-tube, made me think about the American idea of “Life, liberty…”. Do we have a right to our lives? Preview Open

Recent posts on Ricochet have taken up the debate over abortion, specifically, asking whether there is or ever can be grounds for settling this issue – or at least reaching some mutually acceptable compromise – between pro- and anti-abortion proponents. While I might be willing to hold out hope of some sort of compromise if […]