No one knows exactly how many protesting “freedom convoy” truckers are currently encamped in Canada’s national capital city of Ottawa after an estimated 1,700 big rigs arrived on January 29. Thousands more protestors have joined them on the grounds of Parliament and nearby in support. And the protests appear to be growing.

More than $10 million (CAD) has been raised via GoFundMe.com to support the freedom convoy. That’s about three times more money than the governing Liberal Party raised in the last quarter of 2021. From the freedom convoy fundraising site, which has been “paused” pending a “review,” including grammatical errors and typos.

We know the FBI protected the violent mafia thug and multiple-murderer Whitey Bulger from prosecution in order to protect him as an intelligence source. We know that FBI informants played the role of instigators in the “Gretchen Whitmer Kidnap Plot” in order to entrap her political opponents. We know the FBI used specious documents to […]

. . . and I’m looking for beta readers. Let me know if you’re interested. It’s called The Devil’s Dictum. If you can’t commit to reading the whole thing, then you can critique just the first 3 chapters. And if you can’t do that, then please give me your reactions to this back-cover blurb: The […] 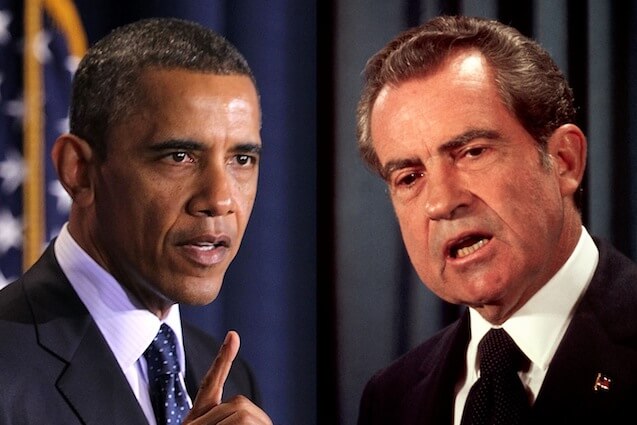 Who, I asked as we recorded the podcast today, is the more lawless chief executive, Barack Obama–or Richard Nixon?

“That’s a provocative question,” Senator Ted Cruz replied, “but it’s not even close.”