George Will — the token “conservative commentator” the Democrat Media Complex likes to  have on panels with 3 or 4 liberals — is very sad that the Republican nominee is Donald Trump. So sad is George Will that he not only wants Trumpy to lose, he wants Trump to lose in a devastating electoral landslide that probably loses the […] It seems that the Republican establishment will never learn the lesson of the schoolyard: Act like prey, get treated like prey; Allow a bully to slap a “kick me!” sign on your back, expect his flunkies to line up behind him at the invitation. The Democrats, however, do understand this lesson: both to appease fellow-traveling tyrants and to further their own agenda, they have slapped a “kick me!” sign on America so often that doing so is practically in their party platform. And while the Democrats appease their fellow America haters, the Republicans, while paying lip-service to the dangers of appeasement, insist on “reaching across the aisle” to those same Democrats and slapping a “kick me!” sign on their own backs. The Republicans then they wonder why their base — ungrateful for all their “great work”… work that happens to come with a constant and mocking kick from behind — has abandoned them. Their base understands that a bully emboldened and unchecked seldom stops at just the occasional sadistic kick.

This era of Republican appeasement of Democrats began as soon as Ronald Reagan left office and George H. W. Bush assumed it. It was then that President Bush introduced his policy of a “kinder, gentler conservatism.” And it is this policy, in one form or another, which has informed and advised the Republican establishment ever since: a refusal to even deign to put on a pair of gloves and enter the ring. And with each Republican sniff and refusal to fight, the Democrats have become emboldened. They have not only dropped their gloves, they have left the ring and now hang out in a back alley, brass knuckles and baseball bats at the ready.

The progression of Democrat hostility is not difficult to discern, if one is unafraid to look: from the slanders of the Justice Thomas confirmation hearings, to Hillary Clinton’s claims of a “vast right wing conspiracy,” to assassination fantasy plays and “Snipers Wanted” graphics targeting President George W. Bush, to the mass media mocking of Sarah Palin, to the harassment of her family and late night comedy “rape jokes” about her daughter, to the Tea Party being broad-brushed in government reports as a potential terrorist movement, to the media blaming the Tea Party for every atrocity before any evidence could possibly be gathered, to Republican citizens being physically assaulted in town hall meetings, to President Obama’s street rhetoric of “get in their face” and “punish our enemies,” to the IRS targeting conservative groups, to Candy Crowley throwing the 2012 CNN Presidential debate, to the Democrat party cozying up to a group which condones the assassination of police officers, to a talk show host being vilified as a crypto-nazi, to an old man who wore a Trump shirt being assaulted with a crowbar… to this week when pop culture icon Will Smith remarked about supporters of the Republican presidential candidate, “We get to know who people are and now we get to cleanse it out of our country.”

In a much-hyped but not-very-impressive speech that will be forgotten by Saturday, Mitt Romney laid out the case of the Republican Establishment against Donald Trump. It was pretty weak tea. “I understand the anger Americans feel today,” he said. No, sir, evidently, you don’t. Because a lot of your speech was a plea for Americans to simply trust, once […] Our country’s politics has become so partisan, so horribly toxic, that it is nearly impossible to find an objective view of the current situation. At least, here on Earth. That is why the Ricochet Intelligence Service has expanded its covert operations beyond our own planet. As usual, our spies have performed brilliantly. We are pleased to make the following Top-Secret document available to Ricochet readers on a one-time, eyes-only basis. This means you are authorized to read the document, but not to discuss it with, or forward it to, anyone else. If you are unable to accept these restrictions, you must stop reading now. Or else …

From: The Director of Martian Intelligence

To: His Magnificence the Leader of Mars In the 1980 Presidential Election, Republican candidate Ronald Reagan faced a third party challenger, in the form of disaffected Republican Rep. John Anderson. He was a ‘moderate’ who wanted to raise gas taxes, register guns, and was skeptical about the effect of energy deregulation on solving the energy crisis. He initially ran for the GOP nomination but went third party when he didn’t get anywhere in the Republican primaries. I am old enough to remember how the Main Stream Media swooned over him, how they said he was the harbinger of a new era in politics. On Election Day, Ronald Reagan buried him. While he got 6.6% of the popular vote, he didn’t win a single state. Even with a splinter candidate on the ballot, Ronald Reagan still managed to win over 50% of the popular vote.

Considering that Republican Party of today has another loose cannon – this time in the form of Donald Trump — I was wondering if there are lessons in Reagan’s handling of Anderson that would be applicable to the current situation. I think there are. The most important is that you actually have to campaign for something. Ronald Reagan clearly did. Everybody knew where he stood. Anderson? Well, he’s in the middle, at least that’s what Walter Cronkite told me. John Anderson is a moderate like me. What’s he stand for? I dunno, moderation I guess? You see Anderson’s problem.

Trump is obviously different in this regard. Everybody knows Trump is against Mexican immigration, and that this has fueled his rise. It is fueling him because conservatives feel stabbed in the back by the GOP establishment over it. To beat Trump, you must champion immigration with the same zeal that he does. Hug Trump on immigration, not allowing an inch of daylight between your position and his. This will have the effect of neutralizing immigration in the primaries. Of course, to do this effectively, you have to act as if you really believe what you say and — to do that — you really have to believe it, advice that can’t really be followed either by Sen. Marco Rubio or Jeb Bush. With immigration effectively dealt with, you are free to go after Trump for his liberal and anti-conservative past, and the electorate will now listen to you.

At NRO, Rich Lowry and Ramesh Ponnuru make an argument that the Tea Party and establishment Republicans aren’t tearing the party apart; they are hammering out a relationship that promotes candidates who are attractive to average voters.  Instead of trying to identify a single, pure Reaganeque candidate, maybe we should be looking at the movement […]

This is not a story.  It’s not a leak.  It’s a campaign ad for the establishment.  The short version is this: By announcing that he will sue Obama, he generates a great deal of sound and fury, indicting noone.  By actually suing Obama, he gets this ball out of his lap for good, and nothing […] 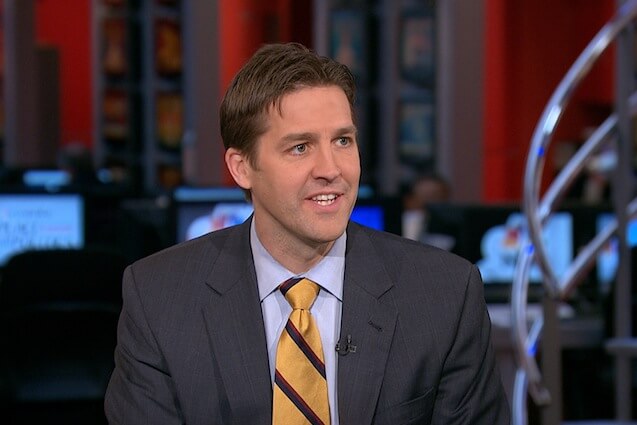 Do Republicans Ever Fight Back?
Susan Quinn · 19 Likes

INTERVIEW | R.R. Reno on the Breakdown of the Social Contract
Daily Signal Podcast