Jim Geraghty of National Review and Greg Corombos of Radio America shake their heads as infighting among congressional Republicans and even White House staffers clouds the push for a vote.  They also cast suspicion on President Trump’s vow to just let Obamacare continue if Congress failed to pass the bill.  And they have some much needed fun by examining the push to rename the airport in Las Vegas for former Sen. Harry Reid.

Jim Geraghty of National Review and Greg Corombos of Radio America discuss the fairly easy road to confirmation for the Trump cabinet thanks to Harry Reid’s nuclear option.  They also groan as the New York Times reports Pres. Obama plans to break from tradition and be a very vocal ex-president to keep the heat on Trump.  And they discuss the Hamilton kerfuffle and how only Pence ends up looking good.

It’s high time I got right down to some of the epistemological basics and explained something important about knowledge: that in order to know anything empirically we have to accept some things on a non-empirical basis. There are certain beliefs that are necessary if we’re going to learn anything about the world from experience, but which are […]

We all know that Harry Reid is a despicable human being, and are glad to see him go. But Schumer has been the Svengali behind Reid for some time now. It was his scheming that lead to the bastardization of the rules to pass Obamacare. He was encouraging Obama to invoke the 14th amendment […]

Two items, for your enjoyment:

The first, from last autumn, when former Montana Lt. Governor John Bohlinger thought he might run for his state’s senate seat, from Politico on November 12th, 2013: 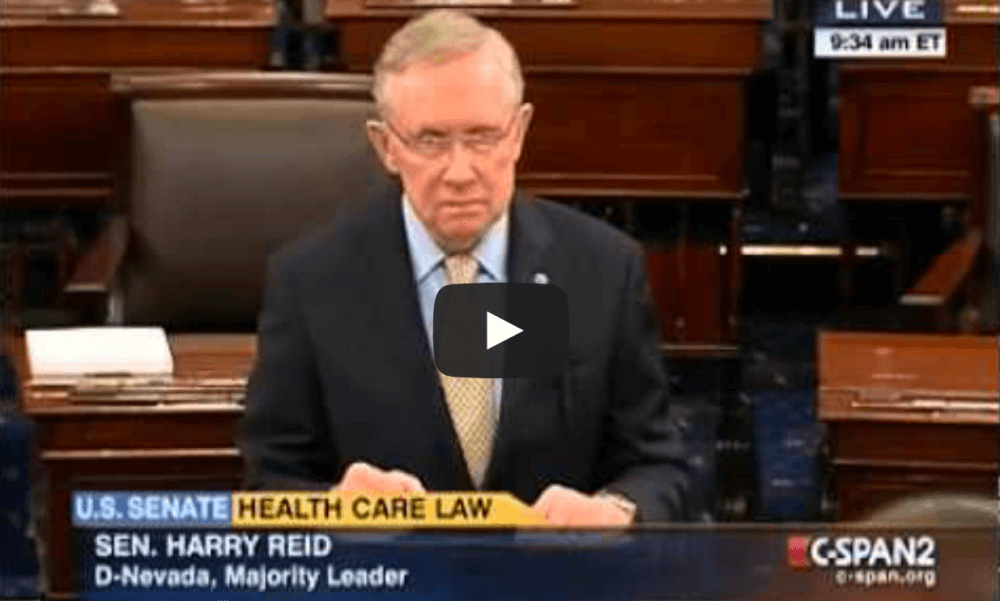 Harry Reid had a simple message for American citizens with cancer and others who have lost their health insurance due to Obamacare: “YOU LIE.”