Rep. Sean Casten, Democrat of Illinois and darling of “energy Twitter,” joins “Plugged In” hosts Josh Siegel and Neil Chatterjee to talk about Hot FERC summer, the potential death of CEPP, the limits of a carbon tax and his shiny white teeth.

Casten warns any move to weaken or remove Democrats’ clean electricity performance program would be tantamount to not giving a “rat’s a** about climate.” He tells us he’s doubtful on the prospects of carbon pricing as a backup plan. He also goes deep on FERC wonkery.

The new Democratic talking point about their $3.5 trillion budget “reconciliation” is that it “costs zero dollars.” You read that correctly. From our avatar president’s Twitter feed:

The last line tells us how Democrats define “costs zero dollars.” It “adds zero dollars to the national debt.” 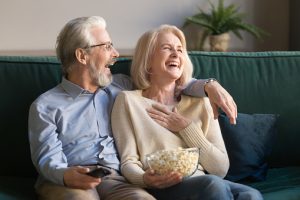 It’s not news that traditional newsrooms are shrinking across America. Some local newspapers have gone from daily to biweekly or less, if not out of business altogether. This, despite the rise of new digital news organizations in recent years. You’ve probably seen them, from a national network of local “Patch” outlets, left-leaning Axios and its […]

It’s all good martinis today! Jim and Greg welcome the Senate parliamentarian making life much tougher for Senate Democrats and the Biden agenda. They also cheer the mysterious sinking of one of Iran’s largest naval ships. And they are glad to see COVID number continue to drop weeks after the CDC ended mask mandates for vaccinated people.

Who didn’t see this headline from Bloomberg Wealth coming? “Rich Americans Who Were Warned on Taxes Hunt for Ways Around Them.” I suspect most of these people not only voted for Joe Biden, but many of them have also contributed mightily to his campaign and are still happy to have done so. Preview Open