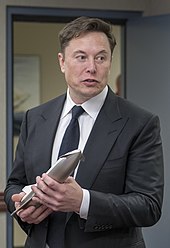 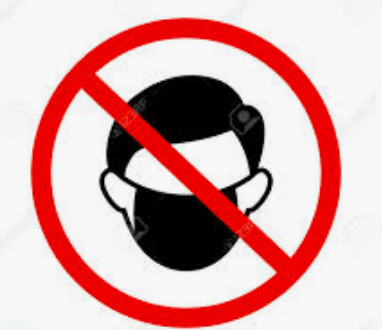 This evening, I discovered that I was out of yogurt, which is my favorite “soft food” for when I am recovering from a dental implant procedure (had it yesterday).  So I got into my (fully paid-for) little SUV and drove down to my favorite grocery store to get some.  I had just been reading @ryanm‘s post on “conservative friends”, and I decided that it was time to put my behavior where my sympathies lie.  Our state has a universal “mask mandate” which requires all persons inside any business to wear a “face-covering” at all times.  I just kept in mind that he and I live in the same state, and are subject to the same illegal and unconstitutional restrictions.  He has been outspoken about his refusal to wear a mask anywhere.  This time, I did not put on the mask that lives in my purse at all times.  I walked into the store, got a basket, and bought the items that I was looking for.  When I was done, I got into a checkout line.  The cashier rang up my purchases, scanned my loyalty card, put my stuff in a bag, and I left.  Not once during that entire time was I asked to put on my mask, not by a store employee or another customer (unusual, since our state has a lot of Karens).  Boy, did that feel good!  And every single other person in that store was masked.  Every single one.  I hope I can keep doing this, and maybe inspire others.

A Proclamation, by The King, for Suppressing Rebellion and Sedition
King George III
August 23, 1775

Whereas many of our subjects in divers parts of our Colonies and Plantations in North America, misled by dangerous and ill designing men, and forgetting the allegiance which they owe to the power that has protected and supported them; after various disorderly acts committed in disturbance of the publick peace, to the obstruction of lawful commerce, and to the oppression of our loyal subjects carrying on the same; have at length proceeded to open and avowed rebellion, by arraying themselves in a hostile manner, to withstand the execution of the law, and traitorously preparing, ordering and levying war against us: And whereas, there is reason to apprehend that such rebellion hath been much promoted and encouraged by the traitorous correspondence, counsels and comfort of divers wicked and desperate persons within this Realm: To the end therefore, that none of our subjects may neglect or violate their duty through ignorance thereof, or through any doubt of the protection which the law will afford to their loyalty and zeal, we have thought fit, by and with the advice of our Privy Council, to issue our Royal Proclamation, hereby declaring, that not only all our Officers, civil and military, are obliged to exert their utmost endeavours to suppress such rebellion, and to bring the traitors to justice, but that all our subjects of this Realm, and the dominions thereunto belonging, are bound by law to be aiding and assisting in the suppression of such rebellion, and to disclose and make known all traitorous conspiracies and attempts against us, our crown and dignity; and we do accordingly strictly charge and command all our Officers, as well civil as military, and all others our obedient and loyal subjects, to use their utmost endeavours to withstand and suppress such rebellion, and to disclose and make known all treasons and traitorous conspiracies which they shall know to be against us, our crown and dignity; and for that purpose, that they transmit to one of our principal Secretaries of State, or other proper officer, due and full information of all persons who shall be found carrying on correspondence with, or in any manner or degree aiding or abetting the persons now in open arms and rebellion against our Government, within any of our Colonies and Plantations in North America, in order to bring to condign punishment the authors, perpetrators, and abetters of such traitorous designs.

This is a series of quotes from politicians around the country today.

I voted early today, just in case I get called out on Election Day. For the first time in my life, I voted a straight Republican ticket. Gone over to the dark side. Drunk the Kool-Aid. In the tank. Stockholm Syndrome. Turncoat. Apostate. Defector. Frondeur. Bonnet Rouge. Preview Open In thinking about the Republican Party’s approach to the midterm elections, an image appeared in my mind: circling the wagons. This strategy was used in the Old West in the 1800s when immigrants were traveling in covered wagons and they would form a circle to protect themselves from Native Americans or outlaws. I found this definition especially helpful in expressing my impressions of the current political environment:

Like many idiomatic expressions with long histories, ‘circle the wagons’ has taken on new meanings as time has passed. It can also indicate an individual or group of people such as a family who intend to stop communicating with outside society as they deal with their own personal crisis. Other groups have taken on the phrase as well, such as a business which can be said to ‘circle the wagons’ when it is losing its competitive edge and needs to reevaluate its products and advertising strategy. All of these uses share the common theme of providing for defense from circumstances that can seem overwhelming.

My impression is that the Republicans, rather than actively promoting Republican accomplishments of the last two years, seem paralyzed, even in a defensive mode. Instead of actively publicizing deregulation, tax reform, and a growing economy, they are playing a waiting game: waiting for the President’s next controversial comment; arguing about whether the cases of Paul Manafort and Michael Cohen will make any difference; hoping the Mueller investigation will be finished before the midterms — the list goes on. It seems that other investigations, such as the House Intelligence Committee investigation, are in limbo. We all seem to be waiting for more shoes to drop. And for some reason, the President refuses to declassify key documents that could help move investigations along.