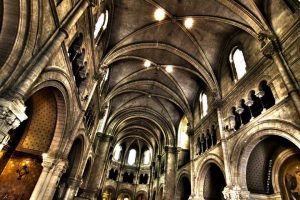 A Catholic cathedral in France taken by my nephew Luke Renoe. This visual art hangs in our home, a marker of transcendence.

I was transported back to the 1980s and ’90s on my drive to university this morning listening to a podcast. I could hear myself making the same arguments to my high school students then. Kate Cohen in a Washington Post article was pushing back on “religious exemptions” used by some to exclude themselves from the mandate of law. Ms. Cohen then suggested as someone who is “not a believer” she would like exemptions from “religious laws.” Cohen’s basis for her belief? It is “in contravention of reason and morality.”

Now those who follow me on social media, my websites, and teaching videos know that I have deep respect for other points of view. But everyone who knows me also realizes that my first response will always be to ask straightforward questions. So here are the questions I would ask Kate Cohen.

Ayaan talks with Michael Shermer about his journey in and out of religion, the ten commandments of freedom of speech, and the concept of moral politics.

Nancy Rommelman, journalist & author, sits down with Bridget for an in-depth conversation about her feature for Reason Magazine The Dream of The 90’s Dies in Portland, covering the Portland protests. They discuss what the endgame is for people whose skill set only involves destruction, how people are starting to behave in real life the way they do online, how people can become addicted to their “quest for justice,” the reality of what happens when you’ve been cancelled, and why your attitude after experiencing adversity is everything. They also cover the danger of a subscriber model when saying outrageous things and playing the victim gets you attention and an audience, the disconcerting current attitude of trying to pull everybody down rather than lifting them up, how when you weaponize terms you shut down the ability to have conversations, and their hope that the woke will go to sleep eventually. Subscribe to Nancy’s substack Make More Pie.

Bridget and Peter Boghossian have a conversation under the Colorado stars about the search for ultimate meaning in life, the denigration of reason, the loss of being able to wonder publicly, figuring out the best type of life to lead, and teaching people how to value the right things. Peter explains how bales of hay, lifting weights, and prison inmates got him started on his career path and led him to question whether you can fundamentally change the way people think about problems and the way they view morality. They cover street epistemology, the truth about “pecking orders,” the difference between rationalizing and reasoning, and the glorification of violence in our society. His book, How to Have Impossible Conversations: A Very Practical Guide, co-written with James Lindsay, is a distillation of decades of study and offers the best ways to approach and have conversations with people who have different opinions and foster a climate of civility.

Every writer has a specific purpose for doing what they do. Some write to share their observations and experiences; some write to instruct or inform, and others write to entertain; there are writers who work to appease an audience, and there are those who write to serve their own ego. We all have a reason, […] Our discussion on Ayn Rand and Objectivism has — unsurprisingly — turned to questions of reason, rationality, and empiricism. As a number of members have pointed out, Rand’s claim that her philosophy is distinguished by its reliance on rationality is both self-flattery and self-deception: all philosophies rely on unproven and unprovable assumptions, particularly those regarding morality, the good life, etc. In this sense, Objectivism is no exception.

However, Objectivism is distinguished in its affinity for rationality. You can see this not only in its declarations on the matter and in its atheism, but in the way it makes its arguments. It’s premised on the idea that Truth is totally knowable and understandable to anyone who applies their mind, and it argues that its conclusions are objectively and demonstrably correct. Bear in mind further that Objectivism purports to be a whole philosophy of life — something classical liberalism, for instance, never claims for itself — and that one of Rand’s favorite aphorisms is that contradictions do not exist.

Let’s head into the weekend with Reason.com’s brilliant Remy Munasifi. This week, he channels the Obama Administration planning to cripple ISIS non-militarily: 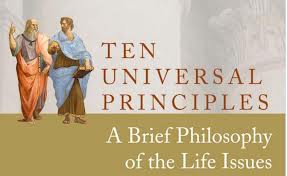 Building a Base
EJHill · 32 Likes