May is a huge month for political primary elections in even-numbered years (and a few odd ones). Oregon, North Carolina, Pennsylvania, Kentucky, and Idaho held primary elections on Tuesday. The Keystone State’s highly competitive GOP primary elections for their statewide offices – all of which are open seats – drew the most attention, with one […] 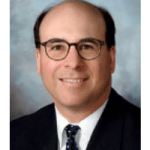