Over the last many weeks, many of you know that I have been going through chemotherapy. (You can read one of my posts here.) 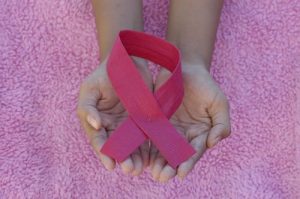 When I learned that chemotherapy was recommended after having a single mastectomy, I was stunned; we’d detected the tumors early, they’d removed the breast, and the cancer had not infiltrated my lymph nodes. But according to one of the latest, most sophisticated tests (oncotype), I was at high risk of recurrence of breast cancer at my age. The oncologist explained that the “ideal” number of rounds of chemo would be six (every three weeks), but four would be “acceptable.”

At this point, I have completed three rounds. I know that there are many women who find the treatment very debilitating, and although I was miserable and unwell, it could have been worse. But my husband and I began to rethink the decision to go more than four rounds. What was the source of our hesitation?

We have read many discussions about the number of physical deaths due to COVID-19. We have read fewer discussions of the physical deaths that have occurred or are likely to occur for other medical reasons arising from the restrictions imposed in the name of reducing the transmission of the Wuhan virus that sometimes leads to […]

The Bay Area’s most densely populated and desirable neighborhoods are being destroyed by lawlessness and squalor. San Francisco now leads the nation in property crime, according to the FBI. “Other low-level offenses,” Sandberg reports for City Journal, “including drug dealing, street harassment, encampments, indecent exposure, public intoxication, simple assault, and disorderly conduct are also rampant.”