MI senior fellow Stephen Eide joins Brian Anderson to discuss the meaning of homelessness, how the concept has evolved over the course of U.S. history, and the public-policy roots of the nation’s current homelessness crisis.

Michael Hendrix joins Brian Anderson to discuss the Manhattan Institute’s polling of U.S. metro areas, the public-policy issues that commanded majority support, and the political implications for both parties.

A continuing series on good policy ideas to pursue during the new stagflation. I propose that any single member of the House or Senate can withdraw support for any single element of any Cromnibus bill, while approving the remainder. This would be done by a Senator or Representative issuing a statement that: “section seven of […]

A continuing series on good policy ideas to pursue during the new stagflation. Précis: I propose a law that will cause any regulation and its authorizing legislation to become automatically null and void as soon as turnover in either the House of Representatives or the Senate reaches the point where less than 50% of the […] 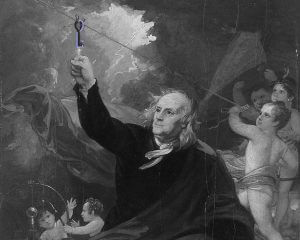 In early December, I got Covid – the Wuhan Flu, ChiCom Fever. This is the disease that has California and New York locked down. The one that has us cowering in fear. (That’s not a joke. I have several otherwise-sane friends, who are locking themselves in the house, venturing out only when they have to. Two are MENSA members.)

Economists are beginning to find their voice. Practitioners of the Dismal Science have, heretofore been somewhat muted in their commentary about the Coronavirus outbreak. Probably because anything they say will be interpreted as “Money (the economy) over human life.” I have said before, I do not think that the initial reaction to the pandemic was […] The minimum wage has been a prominent issue of late, with the Left arguing for significant increases thereof and the Right pointing to the likely catastrophic consequences of such an increase. Even absent a potential increase, economic difficulties still arguably exist at the low-income margin. When Rand Paul announced his presidential candidacy last week, I broke down the speech here so that our readers could get a sense of his actual policy goals. As I noted at the time, Senator Paul’s remarks deviated somewhat from the norm in their specificity (for a good discussion of some of his policy proposals, check out Reihan Salam and Patrick Brennan in the inaugural episode of the Wonky Town podcast). That fact was only underscored by Marco Rubio’s announcement yesterday, in which he hewed much closer to the traditional model of going easy on policy details.

Now, Rubio’s no slouch when it comes to the nuts and bolts of governing. Indeed, he’s enthusiastically embraced a lot of the ideas coming out of the “reformicon” camp and it’s hard to argue with his record of policy entrepreneurship in Florida. That said, he’s also a much more talented speaker than Paul (and, for my money, anybody else who is, or may end up in, the GOP field), so he presumably knows that an announcement speech is not the time to do an on-stage scoring of your budget plan. I expect we’ll see a lot more details in the future.

Rubio’s Miami announcement speech was, for the most part, a rhetorical exercise (and a pretty fine one at that), but there was one section in the middle of the speech that gave some sense of his policy agenda. Granted, it’s a laundry list, but, as part of my effort to keep you in the loop about our candidates’ actual agendas, here’s the text:

A friend pointed me to Ryan T. Anderson’s talk about marriage as an answer to RJD’s Honest Curiosity about the Secular Objections to Same Sex Marriage. It’s fifty-five minutes and well worth the time of those honestly curious about what the secular arguments against SSM are. Ahem. Anderson states up-front that his presentation will exclude arguments from […]

Sadie and Ben: Rest of the Meme
Mark Alexander · 36 Likes