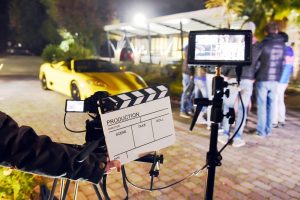 In the popular imagination, though movie producers act like big shots, they’re merely fast-talking con men, like Max Bialystock, the crooked Broadway impresario of Mel Brooks’s The Producers. To classic-era screenwriters, producers are treated in their biographies as greedy capitalists and script-butchering philistines. To film directors, who screenwriters generally regard as their sworn mortal enemies, producers are generally treated as meddling, movie-altering oafs disguised as white-shoe country clubbers.

Real-life producers laugh this off, but they do resent it. And they’re used to it. Being a producer is a real job and a hard one, whether you’re on the money end of it, the production end of it, or both.

A producer is the prime organizer of a film project. It’s a two-headed eagle of a job with different skill sets for each side of it: getting the money and spending it efficiently. Many producers are entrepreneurs who do both. They originate a project, often well before a director is even hired, and work with a writer or a team of writers to present a script that can win a production deal from a studio. These deals are complex and sometimes involve securing outside money as well, from a bank or an individual. Locking those deals in, and making them stick throughout the long period of production, is a specialized, full-time business skill all by itself. Some producers are valued strictly for that expertise.