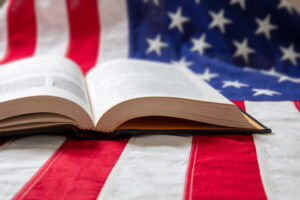 This past weekend, Yeshiva University took a dramatic step that many observers thought would never happen: it decided to suspend the operation of all undergraduate on-campus clubs indefinitely, rather than to accede to a June 2022 order from New York State Judge Lynn R. Kotler “to immediately grant plaintiff Pride Alliance the full and equal accommodations, advantages, facilities, and privileges afforded to all other student groups at Yeshiva University.” Judge Kotler issued the order after determining that Yeshiva was not a religious corporation under applicable New York law, and was thus subject to New York City Human Rights Law (NYCHRL), which makes it unlawful for a business in “all places of public accommodation” to discriminate against any person because of his or her “sexual orientation.”

For its part, Yeshiva had claimed the protected status as “a religious corporation incorporated under the education law,” given that it had always organized its undergraduate institution to that end. It did so even though one of its other divisions, namely Cardozo Law School, had, as its irate faculty had noted in a recent letter to Yeshiva President Rabbi Ari Berman, long given full recognition to LGBTQ+ individuals and organizations. But for Judge Kotler the key point was not what Yeshiva does today, but what it wrote about itself in 1967 when it expanded its charter from the study of Talmud to a wide range of Jewish and secular studies. This expansion, Judge Kotler explained, qualified Yeshiva as an “educational corporation under the Education Law of the State of New York.” In effect, Yeshiva was barred by its own fifty-five-year-old declaration from claiming a protected religious status today.

But why? By any functional account, the reasons New York City (like so many other government entities) created this religious exemption was to ease the nasty conflict between forced association under antidiscrimination laws and the exercise of religious liberty, as protected by the First Amendment. That conflict remains in place no matter what the state charter says. The underlying theory is that it is appropriate to impose a nondiscrimination rule when the various suspect attributes of a given person are irrelevant to any rational decision about the performance of the protected parties under statutes like NYCHRL, but that this logic does not cover activities that fall outside the public realm—such as the practice of religious education. That theory was given voice by Justice William Brennan in Roberts v. United States Jaycees (1984), when he ordered the Jaycees, a large men’s civic organization with many branches, to admit women. But, at the same time, Justice Brennan noted that the antidiscrimination laws were displaced by the principle of free association that covered “certain intimate human relations . . . in pursuit of a wide variety of political, social, economic, educational, religious and cultural ends.”