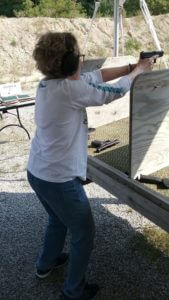 With our busy lives getting in the way (although I can’t for the life of me figure out why I feel so busy!) we have tried to maintain our shooting practices at the gun range at least every two weeks. I’ve been using a small Glock with an extended magazine, and for a while was practicing with the fake bullets at home, practicing my carrying in my specially designed purse. My husband carries a Ruger (because it’s small) but likes his Glock. (Yes, we do have a CCP here in FL). Recently he bought a Kel-Tec Sub 2000. We went to the range today, and practiced for about an hour; if we shoot much longer than that amount of time, we find that mental and physical fatigue catches up with us; accuracy begins to disappear.

But now I’m wondering about the months ahead. Even in Florida, there will be the potential for violent protests, particularly if a decision comes out on Roe v. Wade. As always, I try to be a realist, not planning on the worst but also not burying my head in the sand. It doesn’t do any harm to get in extra practice and continue to become more at ease with my weapon.

Yet I can’t help wondering if the mindset I’m developing is healthy. I don’t want to live my life with a siege mentality. I don’t want to wonder if I’m sitting in the least or most vulnerable seat in a restaurant. I dislike the guidance for situational awareness, even though it’s for my own good.

As many of you know, I returned to Judaism several years ago, after falling away and practicing Zen Buddhism for many years. It 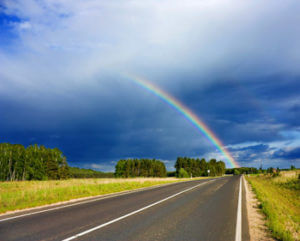 has been a period of joy, questions, exploration, more questions, and discovering the path that brings me closer to G-d. Although I began to enjoy many parts of the practice, I would not have imagined learning so much; I can now recite the Amidah in Hebrew and actually understand it! It has become an early morning ritual, and I rest in the silence that surrounds me as I pray. I feel appreciated by my Torah partners; we share questions, our understanding, and our joy. My learning and writing journeys with @iWe have been remarkable. Even then, I still found myself doubting my commitment. It wasn’t that I wasn’t fully connected to Judaism and feeling G-d in my life, but why wasn’t I willing to do more?

At Yom Kippur this year, I finally realized I was asking the wrong question.

I have a new friend who, like me, is exploring her Jewish roots and discovering the rewarding and difficult aspects of some Jewish communities and their practices. I wrote this letter to her yesterday to support her on her journey.

No One, but No One, Is Safe from Getting Covid, Regardless of Vaccination Status
RushBabe49 · 21 Likes