The world’s population is reaching 8 billion for the first time in history this month. This is the population bomb that Paul and Ann Ehrlich described in their 1968 book. They warned that the fight to control population growth was over and that hundreds of millions of people would die of famine.

The growth of the population slowed perceptively over the next half century, and some now proclaim the population bomb never detonated. In fact, another 4 billion people were added to the world’s population in the 54 years after Ehrlich’s book. Tragically hundreds of millions of people did in fact starve to death, even as food production has markedly increased, but malnutrition remains one of the leading causes of infant mortality.

The foreign-born are set to become a larger share of the population than at any time in U.S. history. It is time for a national conversation on what this means for our schools, infrastructure, natural environment, healthcare system, and labor market.

Steven Camarota, the Center’s director of research sits down with John Wahala, the Center’s assistant director, to talk about his recent analysis of government data that shows that the total immigrant population (legal and illegal) is almost 48 million, a record high in American history and an estimated 2.9 increase since President Biden was sworn into office. About one-quarter of the foreign-born population are in the country illegally. What exactly does the data reveal?

“US Housing Affordability Index. Years of median household income needed to buy median house. The US group Demographia says a market with a ratio of higher than five is severely unaffordable.” 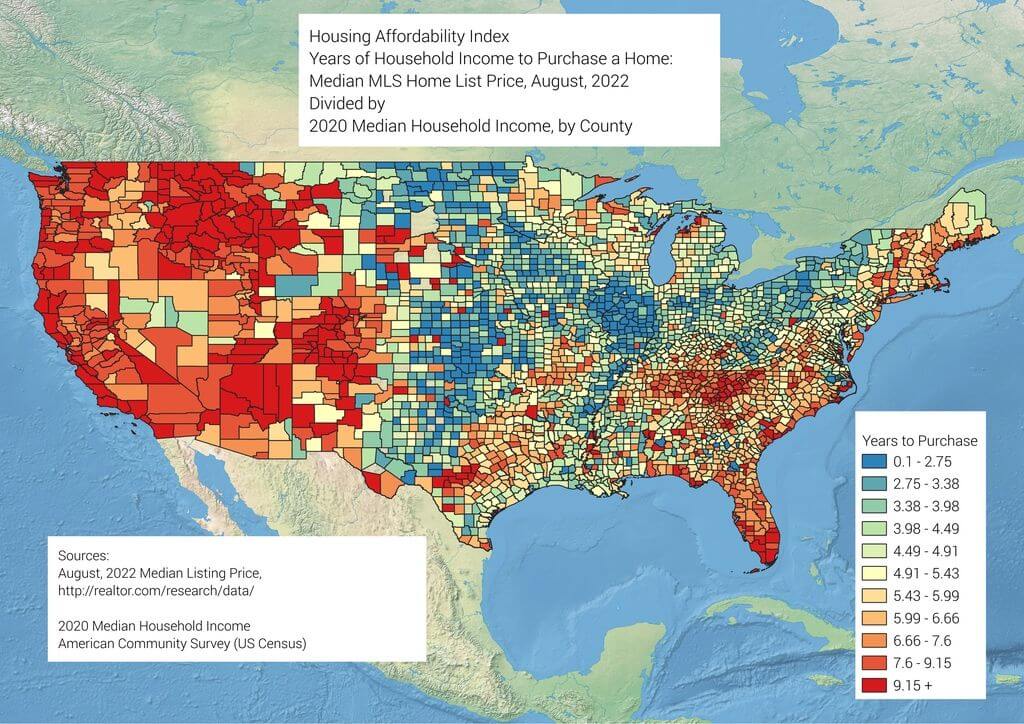