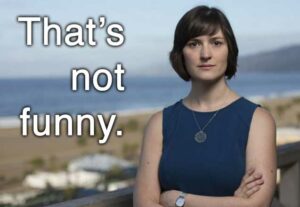 This week on Hubwonk, host Joe Selvaggi talks with Noah Rothman, associate editor of Commentary magazine, about his recently released book, The Rise of the New Puritans: Fighting Back Against Progressives’ War On Fun, examining how the attempt to remoralize American culture mirrors similar social movements in the past and what concerned onlookers can do to better manage this frenzied phenomenon.

Perhaps you’ve heard of “land acknowledgment” statements, which have come into vogue in educational and cultural institutions. In the higher education context, the gist of such statements — sometimes placed on course syllabi, sometimes spoken at meetings, exhibitions, or performances — is to state that the institution’s campus sits on occupied indigenous lands. This year, the University of Washington’s computer science department encouraged its faculty to issue such statements, offering approved language on how to word them.

UW computer science professor Stuart Reges didn’t think much of this, viewing the exercise as performance (he’s not alone), so he crafted one of his own to make a point. More than four months later, after being accused of creating a “toxic environment” and subject to a seemingly unending harassment investigation, Reges has sued his employer to vindicate his First Amendment rights. Reges is represented by my organization, the Foundation for Individual Rights and Expression (FIRE).

In his new feature for the January 2022 edition of Reason magazine, Greg Lukianoff, President and CEO of the Foundation for Individual Rights in Education, where I also work, puts to readers:

We’ve fully entered the Second Great Age of Political Correctness. If we are to find a way out, we must understand how we got here and admit the true depths of the problem.

The new hate crimes legislation in Scotland is controversial. https://www.bbc.com/news/uk-scotland-scotland-politics-56364821 The offensive statements can be made privately which opens the question of how they could be proven. It certainly opens up uncorroborated statements being used as a weapon in divorces. And why should it be anyone’s business what one says at home. I guess it’s another […]

Pasha, in the Russian WWII TV series “The Attackers,” is the political commissar attached to an aviation regiment. His duties include political education/indoctrination, ensuring that the regimental commander’s actions are in line with the regime’s desires, and taking action against any personnel who commit politically disfavored actions or express forbidden opinions.

He is quick with accusations of treason against the regiment’s members. When sabotage of one of the planes is discovered, Pasha assumes the regiment’s own mechanics did it and wants to have them immediately shot. In this instance, the regimental commander, a fatherly sort of man, is able to avoid precipitous action …”calm down, Pasha” … and get a proper investigation conducted, which shows that the mechanics had nothing to do with the sabotage. But overall, it is very dangerous for anyone, even the commander, to stand up against Pasha.

I guess its time to re-read 1984.  According to “Epoch Times*”, the house is preparing a new set of rules to control words which can be used: Terms to be struck from clause 8(c)(3) of rule XXIII, the House’s Code of Official Conduct, as outlined in the proposed rules (pdf), include “father, mother, son, daughter, […]

As I’ve mentioned in earlier posts, I have taught high school math for 34 years. I’ve been a dues-paying member of the National Council of Teachers of Mathematics (NCTM) the entire time. They used to publish a wonderful magazine, Mathematics Teacher, which was full of interesting articles about, well, teaching math. I picked up all […]

Jack brings back his now-colleague Madeleine Kearns to discuss Harry Potter and the increasingly un-woke status of the books’ author, J.K. Rowling (increasingly, to the left, She-Who-Must-Not-Be-Named).

In Homer’s Odyssey, Penelope fends off the many suitors wishing to marry her while Odysseus is away by telling them that she will not choose a new husband until she had completed weaving a new shroud for her dead father-in-law, Laërtes. All day, she toils away at her loom, but still, the shroud never gets […]

This is a post that I published in 2014, but is now, sadly, more relevant than ever. Even the reference to Michelle Obama fits with current events…

Many will remember Michelle Obama’s 2008 speech, in which she said:

The late Dr. David Yeagley, a Comanche Indian (traditional name ‘Bad Eagle’) and college professor, described an interaction that took place in one of his classes. (excerpted)

“LOOK, DR. YEAGLEY, I don’t see anything about my culture to be proud of. It’s all nothing. My race is just nothing.”

I saw this today. Doesn’t it make you want to patronize this dump. Preview Open

Paul Reiser had a bit in his old stand up routine that went something like this: Wife: Honey, does this new dress make me look fat? Preview Open Before I was born my parents went to see Johnny Carson perform in Las Vegas. Carson’s Vegas act, my parents would later inform me approvingly, was nothing like the material he performed for millions of Americans nightly over the source of thirty years on The Tonight Show. This wasn’t just Vegas – it was 1960s Vegas: a sophisticated playground for adults, not the inclusive, family-oriented bastion of “zany” comedy that prevails today.

Carson’s versatility was laudable, notwithstanding the widespread notion that the mere ability to perform R-rated material is disqualifying. My parents, typical of their generation, ate it up: they had no intention of making the four- or five-hour drive through the desert to spend an evening with Johnny Carson only to hear him deliver FCC-approved jokes about the Buffalo blizzard of ’77. (“How cold was it?!”)

Carson, who by then was a national figure and host of The Tonight Show and therefore had a lot to lose, instead regaled his audience with hilarious stories from his childhood, such as his barely-controllable anticipation for the arrival of National Geographic and the fodder it provided for his teenage sexual fantasies.