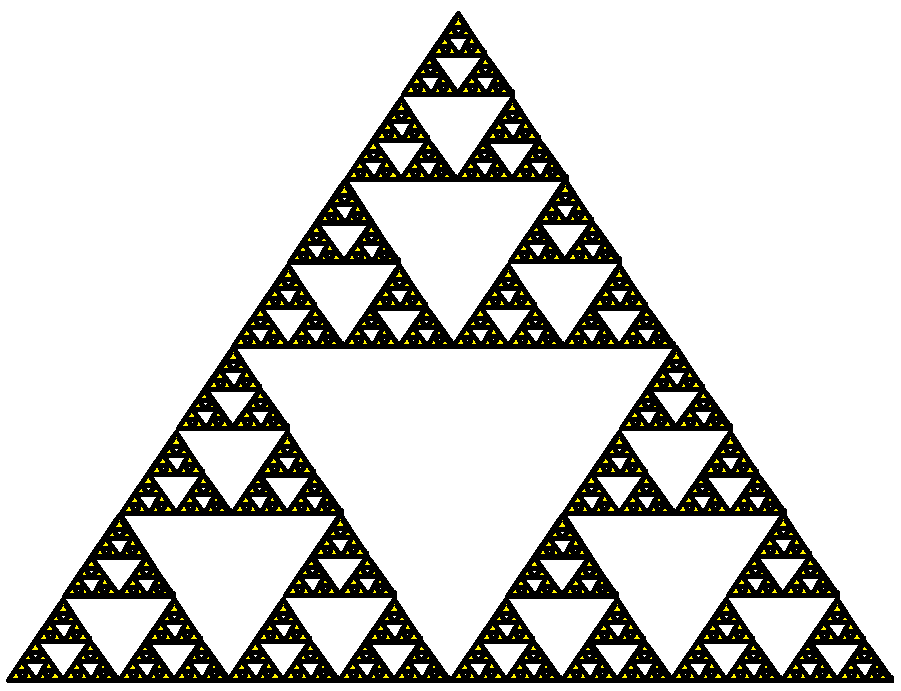 A Sierpinski sieve. Thanks to the magic of Ricochet this one is even more fractal than it looks; there’s a sixth level of the pattern hidden in the image resizing.

Last time I wrote about poetry I took a scientist’s view of the matter. This time I’m starting in math. Clearly, I understand what all this poetry stuff is about. Do y’all remember what a fractal is? It’s a pattern that repeats itself all the way down.

Its stuff that rhymes. Only it doesn’t always rhyme. Usually the stuff that doesn’t rhyme is bad, but then if you look at poetry in other languages and traditions sometimes it doesn’t even rhyme at all. Hmm… maybe I should back up a bit. What I’d like to do is try and characterize poetry from a scientific perspective. That means I’ll be observing three samples of poetry captured in the wild to see what we can learn about them. Let’s move right to the first:

I come home during the 2016 campaign and @MattBalzer says to me “Hillary Clinton just called Trump supporters a ‘basket of deplorables.'” You know how I responded? “I don’t often have a good word to say about Hillary Clinton, but that’s a good phrase right there.”