Called the mother of conservatism by some, what would Phyllis Schlafly, the American writer, political activist, and anti-feminist crusader against the Equal Rights Amendment (ERA) have to say about the latest developments in the challenge to Roe v. Wade? In a 1994 speech on “Abortion and the GOP,” Schlafly makes a case that remains as relevant and powerful today as when she spoke nearly 30 years ago.

…the Republican Party has a tradition of standing for certain principles and it has and should have an identity different from the other parties. The Republican Party was born on the principle that no human being should be considered the property of another. That is our heritage as Republicans and it would be tragic mistake to abandon that fundamental precept now. The most famous political debates in American history, the Lincoln-Douglas debates of 1858, will be re-enacted this year on C-Span. During those seven debates up and down the state of Illinois, Abraham Lincoln enunciated the position of the then new Republican Party that slavery was a moral, a social, and a political wrong. Steven A. Douglas took the position that individual states should have freedom of choice to decide this issue for themselves through the democratic process without dictate from the Federal government. In Quincy, Illinois, Lincoln argued that we should “deal with slavery as with any other wrong insofar as we can prevent its growing larger and deal with with it in that in the run of time there may be some promise of an end of it. We have a do regard for the actual presence of it amongst us and the difficulties of getting rid of it in any satisfactory way, but we must oppose it as an evil.” 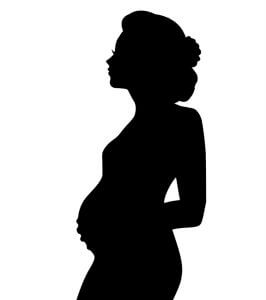 Ed Martin has been President of Eagle Forum for a while now, and he had the privilege of working closely with a woman who is as responsible for the defeat of Communism as any other human being on earth. He sent me an email this afternoon that Phyllis Schlafly had passed away. I met Phyllis […] Today, Phyllis Schlafly passed away in the presence of her family at her home in St. Louis, Missouri.

An iconic American leader whose love for America was surpassed only by her love of God and her family, Phyllis Schlafly, an indomitable pro-family grassroots advocate and organizer, was 92 years old. Mrs. Schlafly was preceded in death by her beloved husband Fred and is survived by six children along with 16 grand and 3 great grandchildren.