Before their martini consumption, Jim and Greg remember Pearl Harbor 80 years after the Japanese attack that launched our nation into World War II and all the heroes who have served our nation. Then they go through new studies showing once again that raising the minimum wage leads to employees losing their jobs. They also recoil as the Biden White House tries to convince major media outlets that the president deserves much better coverage on the economy. And they get the popcorn ready as Chris Cuomo is reportedly preparing to sue CNN for the money remaining on his contract.

I just finished the five-hour documentary series on the Pearl Harbor attack by YouTube™ channel World War Two. This goes minute-by-minute through the attack from both the Japanese and American perspective. It gives the history of the ships and planes involved, thumbnail biographies of the admirals and politicians, and an overview of the events leading […] With nowhere else to report, Dorie ran to the deck to see what was happening. Being a former fullback for his Waco, Texas high school, one of the officers told him to carry the wounded to safety. Soon he was told the ship’s captain was seriously wounded and trapped on the bridge. After bringing the mortally-wounded officer through the fire and blood to a safer place, Dorie saw a .50 caliber Browning without a gunner.

It is not very often you meet a 3 war veteran let alone a Pearl Harbor survivor but that’s what the kids got to do yesterday as we toured Pearl Harbor. Usually vets who wear their service at older ages tend to be chatty and affable. There’s all types of vets and I’m grateful for all of them but it’s nice for kids to be able to approach the chatty type. We started our vacation driving over Donner Pass to SF and had dinner at Max’s in Auburn, CA where we met a 101 yr old WW2 vet who shook our kids’ hands and received a hearty thank you from us all.

Sterling was born 11/29/1921 and spent his 95th where he was 75 years ago on a gruesome burial detail. He was a pharmacists mate who spent WW2 with the Marines at Guadalcanal, Bougainville, and Saipan. He was with the Army in Korea and had various assignments during the Vietnam war. Over three-and-a half centuries ago, exhausted from decades-long religious warfare, treaties brought peace to Europe while establishing an international system of sovereign nation states. Those documents signed at Westphalia started to develop rules of war between nations, which were later refined by conventions established in the Swiss city of Geneva.

Almost three quarters of a century ago (seventy-four years yesterday), on a quiet Sunday morning, the nation woke up to the news that a bit of American soil of which most had never heard — Pearl Harbor in Hawaii — had been attacked by the Imperial Navy of Japan, killing thousands of American sailors and others, and severely disabling our Pacific fleet. Had our aircraft carriers been additional targets at harbor rather than out at sea, the situation would have been far more dire.

As Don Surber notes, the FBI did not get involved, and no one asked what “their motive” was. Instead, before the week was out, we had declared war on Japan and, after their totalitarian ally declared war on us, on Nazi Germany as well. Along with allies, we went on to win it decisively, establishing modern peaceful democracies in the defeated lands. It was the last time to date that we have done so. Our nation has been involved in armed combat in the defense of freedom against totalitarianism many times over the decades since, and lost tens of thousands of American lives in the process, but we have never formally declared war and, more importantly, never been allowed to actually win one. From Korea, to Vietnam, the superpower that emerged from that global conflict was constrained by threats of nuclear annihilation or the dictates of the dictators’ club that we established at Turtle Bay seven decades ago. 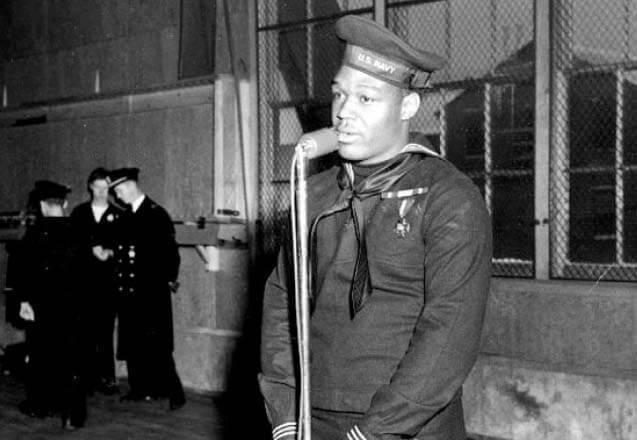