Subconsciously, we know that no one knows everything.  Despite this knowledge, we tend to expect this of the people we look up to most, whether it’s our parents, teachers, or the other adults in our lives.  We create this idea that they are flawless superheroes, as though they never grapple with much of anything, except […] 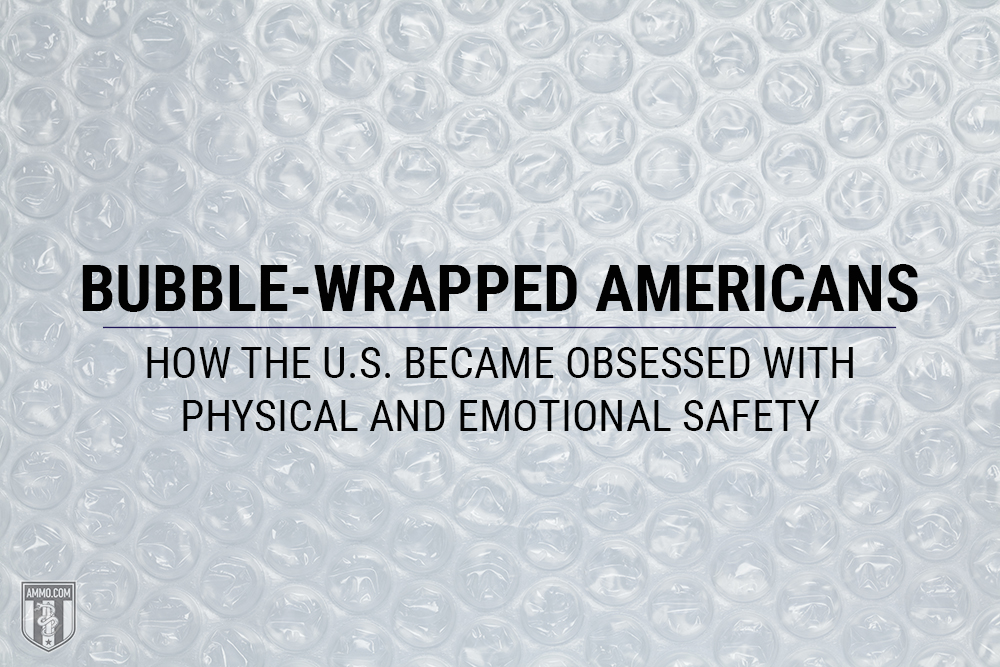 “In America we say if anyone gets hurt, we will ban it for everyone everywhere for all time. And before we know it, everything is banned.” — Professor Jonathan Haidt

It’s a common refrain: We have bubble-wrapped the world. Americans in particular are obsessed with “safety.” The simplest way to get any law passed in America, be it a zoning law or a sweeping reform of the intelligence community, is to invoke a simple sentence: “A kid might get hurt.”

Almost no one is opposed to reasonable efforts at making the world a safer place. But the operating word here is “reasonable.” Banning lawn darts, for example, rather than just telling people that they can be dangerous when used by unsupervised children, is a perfect example of a craving for safety gone too far.

SB179 — Eliminates parental notification and consent for abortions for minors​ If your minor-age daughter gets pregnant, they can have an abortion, a surgical procedure, and doctors and clinics cannot notify you. ​ Preview Open

Jim Geraghty of National Review and Greg Corombos of Radio America are pleased to see pathetic levels of voter enthusiasm among Democrats in Texas and Georgia and they dissect the substantial personal debt afflicting the party’s nominee for governor in Georgia.  They also fire back as California Rep. Eric Swalwell argues for a ban on military-style semiautomatic rifles, a buyback program aimed at those who own such weapons, and criminal prosecution for anyone subsequently caught with one.  And they shake their heads over the 30-year-old man who took his parents to court for insisting he move out of their house.

Well, I made “the call” today. It’s the phone call most children dread having to make: “Hello, I want to set up an appointment to tour your facility.” The “facility” in question is an assisted living facility for my mother.

She moved into our house a little over a year after we adopted our three daughters what seems like eons ago. She had sold her house in Morehead City, NC, and had built a self-sufficient wing onto our house — bedroom, kitchen, living room, two-and-a-half baths. Her reasoning? “I don’t want to live a seven-hour drive away from my new grandchildren!” ‘Nuff said.

Next Friday, November 25th, my parents will celebrate their 50th anniversary.  In those 50 years, they have been rewarded with 3 children, 8 grandkids, and 4 great-grandkids.   Next week, for the first time in a very long time, our entire family will come together to celebrate my parents.  So let me tell you a […]

My arrival in early 1974 was inauspicious . I have photographic evidence of this humble beginning. I see a pink-faced sleeping newborn swaddled in a hospital blanket, assigned with a small placard designating me as “13.” The Thai nurses attached no significance to that number.  They were focused on some lack of reflex in the five pound, four ounce infant, and were trying to bottle feed […]

Does anyone else feel in their daily lives like each and every conversation topic is a minefield?   I am a stay at home dad and spend a lot of time around other parents as my primary form of adult interaction.  This is badly needed since I have 3 kids under age 8.   Preview […]

My wife and I don’t watch much TV. Last year we cut the cord and now use Roku and Apple TV to occasionally watch movies and shows through services like Netflix and Hulu. This past fall, missing out on NFL broadcasts, we bought the cheapest cable package just so we could get our local D.C. broadcast channels and ESPN.

The cable package comes with a handful of other channels that we never watch. This past Tuesday, after watching the one show we both love (“Jeopardy” — yes we’re nerds) I started randomly scrolling through the other channels.

We Can Do This
Susan Quinn · 29 Likes