“There are few modest talents so richly rewarded — especially in politics and the media — as the ability to portray parasites as victims, and portray demands for preferential treatment as struggles for equal rights.” – Thomas Sowell

More Sowell food for the brain. This quote seems appropriate today. We can expect four years (or more appropriately four more years) of Democrat operatives (in both politics and media) portraying parasites as victims, and demands for preferential treatment as struggles for equal rights. We saw it all last year with BLM critical race theory and Antifa. Over the next four years we shall see this trend no longer constrained at any level by the Federal government, but rather with the Federal government cheerleading those attempts. 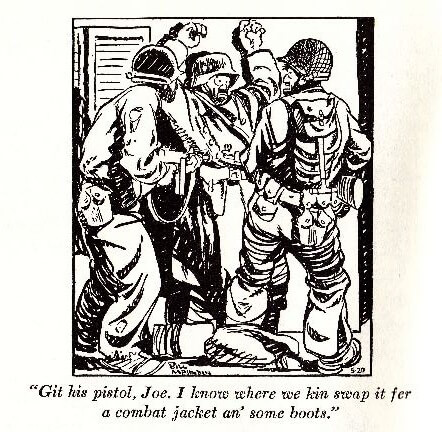 In his book, Up Front, the great WWII cartoonist, Bill Mauldin, recounted an incident that describes today’s United States all too well.  The army had shipped new combat boots and jackets to Italy for the frontline troops.  Unfortunately, soldiers in the rear echelon pilfered many of the clothes before they could reach the men in […]