Scot Bertram of Hillsdale College and the “Political Beats” podcast is in for Jim. Scot and Greg break down a new poll showing Americans solidly opposed to biological males competing in women’s sports. They also chronicle the decision of Gannett and other newspaper publishers to scale back on opinion pages. And they hammer most of the media for ignoring violence against crisis pregnancy centers while CNN covers it disingenuously. 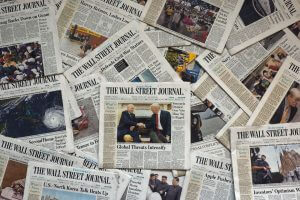 Join Jim and Greg as they cheer a May jobs report that was more than 10 million jobs better than the experts predicted. They also groan as the New York Times leadership continues to grovel to its millennial and Gen Z staffers who remain traumatized that an opinion column they don’t agree with ended up in the paper. And they use pop culture and common sense to explain why the plans of some Minneapolis City Council members to “dismantle” the police are insane and counterproductive.

I am continually amazed at how people will take one verse from the Bible (whether they are a devout Christian or an avid atheist) and try to build asinine arguments from that one verse for or against some social issue.  It is so important to do good exegesis when it comes to understanding Scripture.  Moreover, it […]