Join Jim & Greg as they walk through reporter Drew Holden’s thorough look at how President Biden has tried to limit oil and gas exploration at every turn and only now pretends to support it. They also react to actor Jussie Smollett getting 150 days in jail for fabricating a hate crime in Chicago. And they roll their eyes as the dubious Bulletin of Atomic Scientists refuse to adjust their “Doomsday Clock” over Russia’s nuclear saber-rattling.

Join Jim and Greg as they enjoy learning that the Russian convoy bogged down 20 miles from Kyiv because of lousy vehicle maintenance and cheap Chinese tires. They also shudder as Russia shelled dangerously close to Europe’s largest nuclear facility and seem to be deliberately targeting civilian populations. And they scratch their heads as the Biden administration wins its argument at the Supreme Court to put the surviving Boston Marathon bomber back on death row while also applying a moratorium on all federal executions.

Join Jim and Greg as they welcome news of a “blackout: at the Natanz nuclear facility in Iran, and whether Israel is behind it or not, they’re glad to see it. They also unload on President Biden who is unconcerned about inflation following his massive spending binge because someone else will likely be in office when it gets really bad. They also call out Vice President Harris for apparently doing nothing about the border crisis since she was put in charge of it and the media who refuse to demand answers. Finally, they offer their well wishes to Texas Rep. Dan Crenshaw in the wake of concerning medical news. 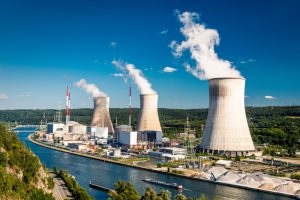 Shutting down nuclear power plants is a lot easier than generating reliable, carbon-free energy. As The New York Times reports on the tenth anniversary of the meltdown of three nuclear reactors in Fukushima, Japan, following a massive earthquake-tsunami: “As the share of nuclear energy in Japan has plummeted from about a third of total power to the single digits, the void has been filled in part by coal and natural gas, complicating a promise that the country made late last year to be carbon-neutral by 2050.”

Indeed, a member of the government’s advisory committee on energy policy said the nation’s goal of carbon neutrality by 2050 would be hard with nuclear — but, he was quoted by the Financial Times, “In my view, without nuclear it is close to impossible.” (So far just a fifth of the 50 shut-down reactors have been restarted.) In that same NYT piece, reporters Ben Dooley and Hisako Ueno tell the story of what’s been happening in Suttsu, an “ailing fishing town” on Japan’s northernmost major island of Hokkaido. There’s been a big pushback by residents — a firebomb was tossed at the mayor’s home — upset that the mayor agreed to volunteer the town for a government study on potential locations for spent nuclear fuel rods. No commitment, just a study.

Before Fukushima, the piece continues, resource-poor Japan had come to accept its need for nuclear power. That, despite its World War II history. Perhaps reality will be accepted once again given (a) no fatalities have ever been found to be directly attributable to radiation exposure from the Fukushima meltdown and (b) the reactor shut-downs have caused fatalities due to the national switch to dirtier and more expensive power generated by imported coal and oil. More of the rest of the world will also accept the need for a nuclear solution. More on that reality in a recent essay from the Breakthrough Institute’s Ted Nordhaus:

Join Jim and Greg as they welcome the news that a top figure in Iran’s likely nuclear weapons program was targeted and killed and they marvel at how it was done. They also bang their heads against the table as some Trump supporters suggest opposing GOP senators David Perdue and Kelly Loeffler for being insufficiently vocal about the alleged election fraud and believe writing in Trump in the Senate races would send a powerful message. And they groan as the media clearly intends to stay in full Joe Biden cheerleading mode, including one story featuring an animal psychic who says Biden’s dogs are convinced he will be a great president.

Wayne Winegarden, Ph.D., Senior Fellow of Business and Economics for the Pacific Research Institute joins Carol Roth to discuss a free market approach to energy. He talks about why electric car subsidies help the rich, why overregulation hurts the poor and how Californians could save more than $2,000 a year if lawmakers enacted free market policies. Wayne and Carol talk about California’s rolling blackout problems and why big government is to blame, the big problem with solar energy that nobody is talking about, nuclear power and more.

Plus, a Now You Know segment on the Canary Islands.

Wanting to limit carbon emissions without embracing nuclear energy is like… … wanting your kids to live healthy lives without getting them vaccinated. Preview Open