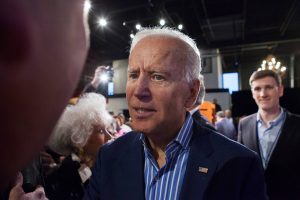 President Biden has claimed that he has been “America’s most pro-union president ever,” and he took a major step toward making good on that dubious distinction in his executive order of February 4. In it, he announced strong steps to make sure that only firms that agree to hire union labor on jobs worth more than $35 million can land those contracts. The order, if and when implemented, is anticipated to cover $262 billion in federal contracts annually. As one might expect, the provision generated divided opinion, with Secretary of Labor Marty Walsh announcing his full-throated endorsement while construction firms have expressed their strong doubt about the proposal, which is bad as a matter of both law and economics.

There are two fatal flaws to his order. The first is that the executive order is in flat contradiction to the rules governing the formation of labor unions under the National Labor Relations Act (NLRA). The second is that the labor law defects are not cured by the general language of the Federal Property and Administrative Services Act of 1949, which at an abstract level is intended “to promote economy and efficiency.” Indeed, the entire mishmash is so far off base that employers and dissenting employees should be entitled to get a preliminary injunction so that the executive order never goes into effect at all.

Start with the key command of the executive order: each government agency “shall require every contractor or subcontractor engaged in construction on the project to agree, for that project, to negotiate or become a party to a project labor agreement with one or more appropriate labor organizations,” under a pre-hire agreement, that is, one that has to be negotiated prior to bidding. These contracts are supposed to contain safeguards against “strikes, lockouts, and similar job disruptions” and to “set forth effective, prompt, and mutually binding procedures” to resolve disputes. Traditional conservatives and modern progressive intellectuals have had pointed, often bitter, debates in recent years over the future of American domestic policy. One of the major arenas in that struggle is the law of labor and employment. The left wants to toughen minimum wage and overtime laws, strengthen antidiscrimination laws, and promote diversity, affirmative action, and, increasingly, inclusive hiring. They also hope to restore unions to their pre-1970 glory days. The right opposes each of these initiatives by seeking to deregulate labor markets in order to let competitive forces increase overall productivity, indirectly benefitting workers through higher wages. My classical liberal credentials put me squarely on the conservative side of this debate.

Oren Cass, a senior fellow at the Manhattan Institute, has written a forceful and well-received book, The Once and Future Worker, which he hopes will change the terms of the debate.  He has also summarized his position at length in an article in the American Interest, titled The Working Hypothesis, to which I also refer.  Cass rejects the gospel of growth that is touted by traditional conservative economists, whom his book berates for insisting that things would be better “if only government had been smaller, with lower taxes and spending, and thus more room for economic dynamism.”  It then chides progressives for wishing that government had been bigger, “with more infrastructure investment, more checks on the market, a more generous safety net, and thus a prosperity widely shared.” In contrast to both, his bottom line is that “we can provide a subsidy for low-wage work, funded with higher tax rates and reduced transfer payments”, and thereafter “we can repurpose unions to help workers and employers optimize workplace conditions.”

Cass treats these as conservative arguments that “prize self-sufficiency, assign a central role to family and community and prefer the private ordering of markets to the centralized dictates of government.” But he refuses to go the whole way with libertarianism because of its blindness to other conditions that are needed for flourishing.  As a classical liberal, I think that his thesis is wrong on both the broad and narrow points.  I believe that insuperable obstacles stand in the path of this utopian vision.  First, the ends of the system are underspecified.  How much of a subsidy?  How high the taxes?  Who decides and when? And even if we could answer those questions, is there any way to reduce transfer payments that are made, for example, to the elderly and the disabled?  And can we do better if growth becomes weaker?  Next, the mechanics of transformation are underspecified as well. Cass makes frequent use of the dangerous royal “we.”  Unions are large and powerful organizations.  Just who will take the lead in their redesign, and who will be able to increase their membership from the under 7% today?