O Columbia! the gem of the ocean,The home of the brave and the free,The shrine of each patriot’s devotion,A world offers homage to thee;Thy mandates make heroes assemble,When Liberty’s form stands in view;Thy banners make tyranny tremble,When borne by the red, white, and blue.   Preview Open 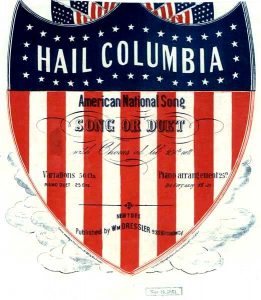 Jim and guest host Chad Benson celebrate the end of federal unemployment benefits in some states which is nudging unemployed Americans to return to work. They also say “I told you so” as Biden threatens to veto a bipartisan infrastructure bill if a far-left bill is not also passed using reconciliation. Lastly, the marvel at an Olympic athlete’s refusal to be reverent during the playing of the national anthem… at an event dedicated to representing your country. 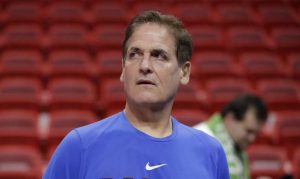 This morning I learned that Mark Cuban, owner of the Dallas Mavericks, has stopped the playing of the National Anthem at their home games; it was his decision alone. The anthem has not played for any of the 13 games played at home. The most shocking part of this decision is that he supposedly hasn’t received negative feedback. Or maybe fans just don’t care.

Cuban has backed players’ protests in the past. In June 2020, he supported players and coaches who refused to stand during the playing of the anthem:

‘Whether it’s holding their arm up in the air, whether it’s taking a knee, whatever it is, I don’t think this is an issue of respect or disrespect to the flag or to the anthem or to our country,’ Cuban said. ‘I think this is more a reflection of our players’ commitment to this country and the fact that it’s so important to them that they’re willing to say what’s in their heart and do what they think is right.’

The news might be all bad today but we’re still having fun! Join Jim and Greg as they discuss the Virginia Education Association strongly opposing Gov. Ralph Northam’s demand for in-person schooling by mid-March and none of the Democrats running for governor this year having the guts to stand up for the kids or the science against the union. They also cringe in recounting the opening arguments made by the Trump legal team on Tuesday, but will the quality of the lawyers have any impact on the outcome? And they unload on Dallas Mavericks owner Mark Cuban, who won’t criticize China but is cancelling the national anthem at home games this season.

This week marks the 205th anniversary of “The Star-Spangled Banner,” the song which everyone knows, few can sing, and which has unfortunately become a symbol of controversy in recent years. Our national anthem is everywhere from sporting events to patriotic rallies, but do you know the full story behind this song? Written by a 35-year […]

. . . and I hope she is, and perhaps even if she is, would someone please offer her a lifetime gig singing the National Anthem at the Superbowl?  (She can do the half-time show too, as far as I am concerned):

No kneeling at the Major League Baseball All Star game. Just the players, coaches, managers, umpires, a number of Medal of Honor recipients, and fans standing as the Anthem was performed in honor of the country where everyone gets a chance to play as long as they play by the rules. This year two hundred […]

It was a high school softball championship, and it looks as if a second game needed to be played.  The announcer told the crowd there would be no anthem for the second game, which was not uncommon in multi-game series.  The crowd however, had other ideas (a short but sweet story and video clip): http://www.foxnews.com/sports/2018/05/27/no-anthem-no-problem-ballgame-crowd-sings-it-anyway.html Preview Open

David French has a post on The Corner at NRO arguing that the NFL has made a mistake in deciding to fine teams when players protest during the National Anthem. Before last year’s parade of horribles at the quarterback position, I wasn’t convinced that Colin Kaepernick was still good enough to play in the NFL. […]

What is really being rewarded in the “doer” here, in the absence of any noticeable result of the action itself? Did the awarding organization think this could somehow “beef up” his effectiveness towards the issue that he aimed to solve? This wasn’t a strike, where he took his chances that he might have to relinquish […]

I say “predictions” because I’m going to hedge my bets. If the Patriots win, the score will be 31-17. Preview Open

… Or did they? Obviously, Trump and Pence are politicians, so they are going to engage in some measure of pandering, exploitation of wedge issues, and political theater. Was Pence leaving the Colts and 49ers game a cynical calculation, or a sincere protest of the disrespect shown to our anthem and flag? Nobody really knows–and it could […]

I know I have been hammering the NFL a lot lately, but why not? They deserve every negative word. We warned them on Twitter to wake up and smell the coffee, and they chose the path of destruction for themselves. I feel nothing for them.

Now we have a new poll out that shows that they may not be able to recover. NFL Football is now the least-liked sport. Shock Poll: NFL Now Least Liked Sport, Core Fans Down 31%