When a pregnant woman arrives at the abortion clinic in the morning, she’s carrying a living being within her body. The fetus is swimming around in there, making faces, waving her arms, grabbing her piggy-toes, sucking her thumb, as innocent as a human being can be. When the woman leaves the clinic, that kid is dead. Abortion clinics are places where small human beings are killed, one after another, all day long. I don’t approve of blowing up abortion clinics, but I get the logic of it. Blow it up, and fewer babies die.

And I get the logic, too, of murdering an abortion doctor. Again, I don’t approve of it, but I understand it. Dr. George Tiller was an abortion doctor. When Dr. Tiller walked into a procedure room, the human fetus was alive. When he walked out, the fetus was dead. He—the doctor— directly and deliberately killed thousands of human beings; he specialized in terminating the post-viable fetus and made upwards of a million dollars a year doing it. And no, these were not by and large babies destined to die shortly after birth or live agonizing lives as catastrophically malformed creatures. Their mothers did not want them, and were willing to pay, in cash, for Dr. Tiller to kill them. So he did.

Russia has dropped the maskirovka about its goals in the “Special Operation” in Ukraine.  RIA Novosty, a Russian Federation state-owned domestic news agency recently published an article that outlines the real goals of their invasion. It’s as if Goebbels had published a synopsis of the Wannsee Conference in the Völkischer Beobachter.

From Putin’s initial lie that the “special Operation” was aimed at liberating the Ukrainian population from its evil Nazi government, the article expands the aim of exterminating Ukrainian nationhood. Forever. What follows are some of the highlights of the article.

You can read the entire article, rescued by the Wayback Machine, here. 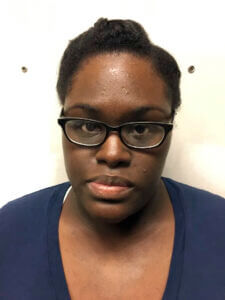 In 2018, H.R. McMaster’s father died of a brain bleed. Does this sound familiar? It should. Except that in this case, former Philadelphia LVN Christann Gainey pleaded guilty to misdemeanor neglect of a care-dependent person and tampering with records when McMaster, Sr. died in her care.

What was the difference? Well, in this case, the patient fell five times over his four-day stay at the skilled nursing facility.  It was the fifth that probably killed him.  Probably.  Although it is difficult to know because Gainey did not follow facility protocols.  She did not monitor the patient hourly and provide neurological checks to ensure he was stable.  Instead, she just charted that she did.  When asked, she said that she performed by their policy.

She even charted a normal neurological check after the point at which he had already died.

This is part four of a serialized novel: The Confession, The Donner Investigation, The Thief of Time. A Loop in Time “That wouldn’t quite work,” I said. “You would be ignored if the evidence came too early.” Preview Open

This is the third chapter of a serial: The Confession, The Donner Investigation.

The Thief of Time

I picked up the phone and called my FBI contact.

This is the second part of a serial, the first part of which was The Confession.

“No. I didn’t actually know the man. I know someone who has done some work with him, but I have never met Doctor Donner myself.”

Sergeant Oliver Durant stuck his head in my office, “Got time for a murder confession?”

https://pjmedia.com/columns/megan-fox/2020/08/13/media-silent-after-white-5-year-old-shot-dead-in-front-of-family-by-black-neighbor-n787345 Are the “main” press outlets just trying to keep this quiet so they don’t start stomping some downtown, or camping in some park, or painting the streets? Preview Open Disease and Death are making a summer of it. Disease in the form of COVID-19 is surging again following re-opening of the economy across the land. Whether you want to call it a first or second wave, numbers of new cases are at the highest level ever in many places. This is reflected by similar […] I admittedly tread on treacherous ground here. My wife doesn’t know I’m about to share this story. She would likely spike this post if she did. It’s really personal. My wife is very upset over the coverage and reaction of the George Floyd murder. But not for the reason you think. Preview Open

Coleman Hughes joins Brian Anderson to discuss the shooting death of Ahmaud Arbery, the widespread claims that his alleged murderers were motivated by racism, and public reaction to the killing—the subjects of Hughes’s article, “The Illusion of Certainty.”

Ahmaud Arbery’s violent death at the hands of Gregory and Travis McMichael has sparked nationwide outrage and reignited the debate over racial profiling. But “while it’s tempting to assume that the McMichaels were motivated by racism,” writes Hughes, “the only intellectually honest position is to admit that we do not know what motivated them—at least, not yet.”

I was listening to my pastor preach on Sunday morning (online, of course) when I notice something moving through the corner of my eye. When I turned my head I could see the shape of a wasp. No, it wasn’t flying around my living room, instead it was trying to get out of a plastic […]

Last Friday Tennessee was advised by the 6th US Court of Appeals that the right to abort one’s child is an essential. constitutional. right. And preventing the spread of Covid-19 cannot be allowed to hinder this “essential constitutional right”. Never mind that nobody knew until 1973 that this essential right was guaranteed by the Constitution. […]

The young Miss Thunberg is receiving some criticism from those not numbered amongst her ardent fans for what many are suggesting is a, well, frankly murderous suggestion: “World leaders are still trying to run away from their responsibilities but we have to make sure they cannot do that. We will make sure that we put […]

“Nothing is simpler than to kill a man; the difficulties arise in attempting to avoid the consequences.” — Rex Stout, Too Many Cooks

David French of National Review and Greg Corombos of Radio America welcome the news that U.S. sanctions are inflicting a devastating economic toll and putting a lot of political pressure on North Korean Dictator Kim Jong-Un.  They also cringe at reports that President Trump promised China two months ago that he would not condemn a Chinese crackdown on protesters in Hong Kong.  And they hammer PolitiFact for refusing to criticize Senators Elizabeth Warren and Kamala Harris over their characterization of Michael Brown’s death as murder.  PolitiFact says, “Legally, it wasn’t. How much should this word choice matter?” Quote of the Day: Ralph Stanley on Singing in the Primitive Baptist Church
RushBabe49 · 21 Likes