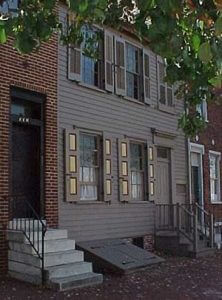 Having worked in Camden, New Jersey, for 16 years, the 19th-century poet Walt Whitman is ubiquitous. Whitman’s final Camden home – the only one he ever owned – is a National Historic Landmark. Murals honoring or including Whitman are found throughout town. He’s also buried in Camden’s Harleigh Cemetery in an impressive mausoleum. The two leading bridges that connect Camden and Philadelphia are named after Benjamin Franklin and Walt Whitman.

Inscribed over City Hall are the words from a Whitman poem: “In a dream, I saw a city invincible.” Camden’s invincibility has been challenged for much of the last 50 years, which is still recovering from an exodus of people and manufacturing jobs. For a while, it had the nation’s highest murder rate. It continues to suffer high unemployment rates. But it is making an impressive comeback, thanks to a new medical school, its largest employer, Cooper University Hospital, and new corporate investments such as Subaru’s new North American headquarters and a new hotel on the waterfront. Police reforms of nearly a decade ago are a model for the nation.

And through it all, Camden has clung to Whitman and his brilliant career and contributions to American literature. Donald Trump, always the hero of his own tales, closed out the first presidential debate with a tribute to his own courtesy and high-mindedness: “I was going to say something extremely rough to Hillary, to her family,” he said. “And I said to myself, I can’t do it. I just can’t do it. It’s inappropriate, it’s not nice. But she’s spent hundreds of millions of dollars on negative ads on me.”

Later, the candidate’s son, Eric Trump, offered that it required not just magnanimity for Trump to avoid mentioning the topic, but “a lot of courage.”

The rhetorical term for what Trump is up to here is called paralipsis. It’s raising something by claiming to abjure it. “I could mention your DUIs, but I’ll refrain.” Thanks. Monica Lewinsky has reemerged to claim the spotlight. She gave a speech the other day about being the “patient zero” of Internet-driven attacks on one’s reputation. In describing her experience, she began:

Sixteen years ago, fresh out of college, a 22-year-old intern in the White House — and more than averagely romantic – I fell in love with my boss in a 22-year-old sort of a way. It happens. But my boss was the President of the United States. That probably happens less often. 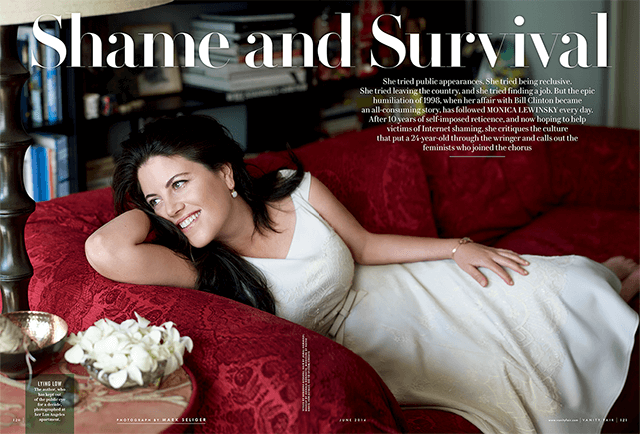 I made a few mistakes this morning. The first was logging in to Facebook. The second was glancing over to the right at the “trending” thing.  The third was opening up this.

Exclusive: Monica Lewinsky Writes About Her Affair with President Clinton