Jim Geraghty of National Review and Greg Corombos of Radio America discuss the sudden political turmoil for Canadian Prime Minister Justin Trudeau after his former attorney general says Trudeau told her go easy on a major business that was under investigation and then removed her as attorney general when she refused.  They also have fun as House Speaker Nancy Pelosi berates moderate House Democrats for siding with Republicans on multiple motions to recommit and warns that they’ll get less help from the party in 2020 if they don’t vote the way she wants.  And they slam their heads against their desks as Roy Moore considers another run for the Senate seat he lost in 2017.

Every few months, Morton Kondracke comes out with an article decrying the state of contemporary politics and calling for a return of “moderation.” Most of his articles, like this one from last June and a more recent one from September, are primarily concerned with new “moderate” groups gaming the system and fighting to take power away from the “duopoly” of the two-party system.

There’s much less discussion of what the “moderate” positions on contemporary issues actually are. But there is this one paragraph near the end of the second article.

“Now is the time for the moderates on all lands, in all languages, from all faiths to mourn together, and then rally and find a way to work together and stand up to extremism in all forms across the world.” We’re going to stand up to the intersectional feminists, black lives matter activists, and Bernie […] 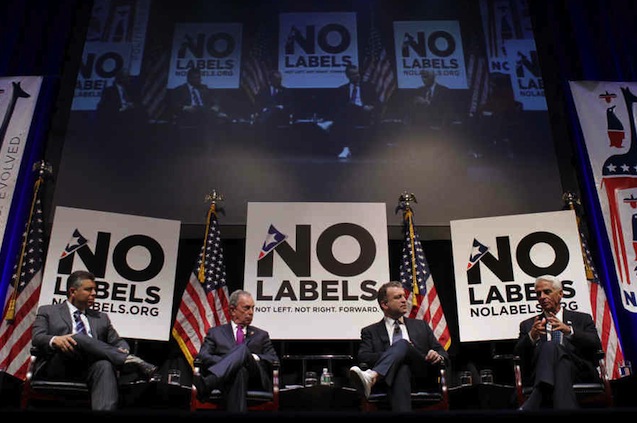 Or are they just ditherers? The Atlantic wrote a summary of a recent study on self-described moderates, who represent more than a third of the electorate. The piece tries to paint a sympathetic picture, suggesting that moderates “see both sides of complex issues” and “recognize that both sides have a piece of the truth”. They are presented as possible bridge figures who may be able to help liberals and conservatives break out of their overly-rigid paradigms and find some fresh approaches to policy problems.

I’m not impressed. Reading over the views and preferences of self-identified moderates only served to reinforce what my anecdotal experience already suggested: moderates are people who are uncomfortable with conflict and whose views are shallow enough that they can ignore the reality of trade-offs.

A Self-Check on Intellectual Honesty and Consistency: Where Were You When Tyranny Flexed Its Muscle?
philo · 37 Likes

Port In a Storm
The Ricochet Audio Network