“That is most fully in our minds. I am sure that the mistakes of that time will not be repeated. We shall probably make another set of mistakes.” – Winston S. Churchill, June 8, 1944 “Nothing will stop you being creative more effectively as the fear of making a mistake.” – John Cleese Preview Open

Join Jim and Greg as they mix serious and lighthearted analysis of Tuesday’s first presidential debate.  They also hammer election officials around the country for consistently making easily avoidable mistakes with absentee ballots that will only fuel mistrust in the process.  And they slam Kamala Harris for dodging whether she and Biden would embrace court packing, and her response is even more pathetic than Biden’s.

As we learned in my first post about the hazards of the internet, social media is a minefield http://ricochet.com/584254/from-information-superhighway-to-duckface-selfies/. You can embarrass yourself irreparably or even ruin your life. But if you think only millennials making duckface selfies in bathrooms are susceptible, think again. The professional world is rife with embarrassing faux pas, and celebrities […]

“I hope that in this year to come, you make mistakes. What policy mistake most contributed to our current situation in the United States? I think it’s fair to say we’ve diverged widely from what the Founders had in mind for us when they declared independence from King George III. To keep things reasonable, let’s limit this to changes since the Declaration of Independence. So you can point to the Constitution but not to Christianity, as Christianity predates the Declaration.

One might point to direct elections of senators, for instance, or Prohibition. (One could make an argument for both, but I won’t.) Perhaps our biggest mistake was abandoning the Articles of Confederation? Or not taking the Anti-Federalists’ arguments more seriously?

Ideally we’re talking about root causes, not symptoms. But I don’t think we should limit it to root causes that can be fixed, since that would preclude, for instance, an observation that basing a Constitution on a virtuous citizenry may have been unrealistic. If people aren’t fundamentally virtuous, I don’t think that can be fixed, but it still could have been a mistake. 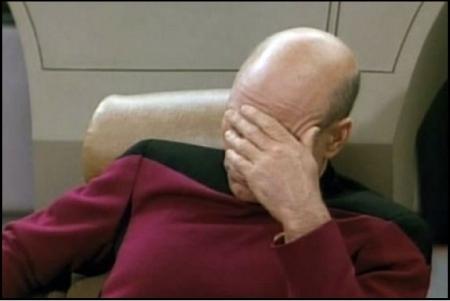 As you know, Steyn has needed help recently with skyrocketing legal bills and has asked that donations be made in the form of book sales. If you buy a book through his site, he will autograph the title page with a message of your choosing. I figured I’d simultaneously help Steyn and get my dad […]