Earlier this year, the Arlington County School Board voted unanimously to rename Washington-Lee High School (mascot: The Generals). Now, I can drive on Lee Highway, through Arlington County (named for the home of Robert E. Lee), to the more virtuously styled Washington-Liberty High School. Surely Lee has enough monuments and memorials to him that we don’t need to worry that history will forget him entirely, but is this trend of erasing disfavored historical figures necessary or helpful? 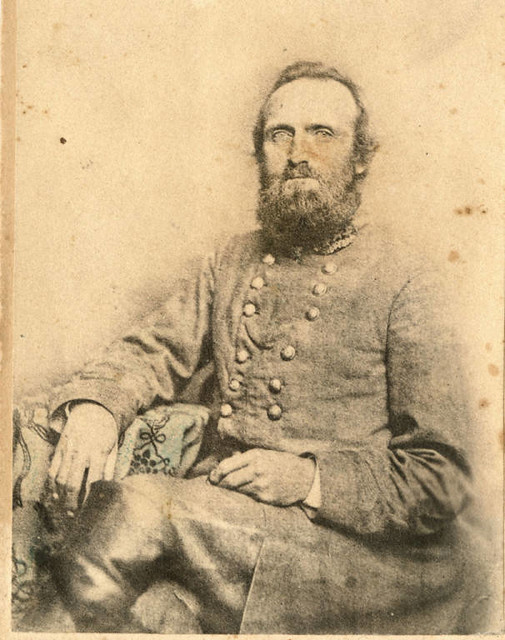 Specific memorials can be attacked and defended on their individuals merits, but in general, they are an invitation to learn about history. I recently happened to visit the Stonewall Jackson House in Lexington, VA. It’s a modest building of brick and stone, with a small garden out back. While I knew who Stonewall Jackson was before I took the tour and browsed the museum’s small bookstore, I actually didn’t know much about the man, and I didn’t know what to make of the tour guide’s assertion that Jackson would have preferred a quiet life of obscurity in Lexington. I’ve since picked up a copy of the late James I. Robertson’s biography, Stonewall Jackson: The Man, The Soldier, The Legend. Reading the first-hand accounts of the man and the times leading up to the Civil War, it’s hard not to acknowledge the complexity of the choices that he made.

Susan Quinn’s (@susanquinn) excellent post about Hillsdale College’s new journalism (http://ricochet.com/441208/journalism-at-hillsdale-college-its-a-start/) program prompts me to pose a related question: Is there a place in modern academia for a military arts & sciences program that is separate and independent of the Reserve Officers Training Program (ROTC)? Preview Open Memorial Day found President Obama laying a wreath at the Tomb of the Unknown Soldier at Arlington Cemetery. As for the man or woman who’ll be doing this honor in 2017, there’s a question of a connection (or lack thereof) to the military.

Hillary Clinton didn’t serve, though she once claimed that she considered joining the Marine Corps about 40 years ago. As The New York Times recounts:

“She was 27 then, she said, and the Marine recruiter was about 21. She was interested in joining either the active forces or the reserves, she recalled, but was swiftly rebuffed by the recruiter, who took a dim view of her age and her thick glasses. ‘Not Very Encouraging’