My first assignment out of Officer Training School, as a newly minted butterbar, was to the Air Force Research Laboratory (AFRL) Propulsion Directorate at Wright-Patterson Air Force Base in Dayton, Ohio as an acquisition officer. Wright-Patterson is primarily an acquisitions base. At one career development briefing, the officer said it would be possible to keep an acquisitions officer at WPAFB for his full career and fully develop him. There’s the lab, the program offices for most of the big programs, National Air and Space Intelligence Center, AFRL headquarters, the Materiel Command Headquarters, and the Air Force Institute of Technology for Masters and Ph.D. education. The only operational mission on the base was a reserve unit with a flying mission.

Within my first year, I had to participate in a base exercise. The main unit deploying from the base was the medical personnel so the focus of the exercise was medical. We had to arrive at o’dark thirty at the rallying point and then we were bussed to a back part of the base to begin training. The first part of the day was instruction and the second part was application. The medical personnel had some different training from the non-medical people but there was overlap.

“Man is it hot here, how close to the equator are we…?”  I thought, my attention span fluttering as I sat in this grossly hot classroom, sweating through my clothes pushing into the fourth hour of discussing American/Malaysian cooperation.  I was in a planning conference; we were preparing for a joint/combined military exercise later that year near Melaka, Malaysia (roughly ‘93).

This was all part of a larger strategy known as Theater Security Cooperation that applies various DoD programs and activities in coordination with the Department of State, encouraging ($$$) and enabling ($$$) countries and organizations to partner with the US to achieve strategic objectives. This particular effort was part of Pacific Command’s (PACOM) strategy to keep South East Asia stabilized. Now known as Indo-Pacific Command (INDO-PACOM) to show we are serious about not just the Pacific but across the Indian Ocean as well. I spent most of my military career out there and I thought that was understood. The name makes me cringe. The change in letterheads and signage alone must have cost millions. 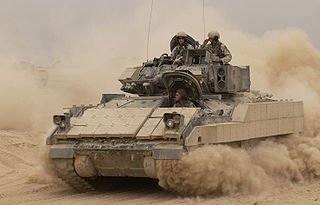 Jim Geraghty of National Review and Greg Corombos of Radio America serve up three bad martinis today.  They react to Kim Jong-Un’s pathetic attempt to get attention by threatening to cancel next month’s summit with the United States over military exercises between the U.S. and South Korea.  They also discuss revelations that Democrats are “rigging” primaries again as reports show the Democratic Congressional Committee (DCCC) is making polling data and email lists available to some candidates and not others.  And they note two literal socialists won Democratic primaries for the state legislature in Pennsylvania, suggesting socialism is becoming increasingly acceptable to voters on the left.