Happy New Year!  Jim and Greg start the new year by closing out the awards season for last year. Today, they give our their prestigious choices for Person of the Year, with Jim focusing on the midterm elections and Greg thinking about a moment that took almost 50 years to come. Then they reveal their selections for Turncoat of the Year, as Jim zeroes in on presidential politics and Greg goes with people in government doing the exact opposite of their job description.  Finally, they offer up predictions for 2023. One of them is optimistic and one of them most certainly is not.

Thanks for listening! Our usual 3 Martini Lunch format returns on Tuesday.

This year brings an extra edition of the Martini Awards! Today, Jim and Greg offer up their choices for biggest political liabilities in both parties. Then they discuss the best non-political story of 2022 and their favorite personal stories of the year.

Jim and Greg take time to reflect on what they are politically thankful for in 2022. Their items range from a war thousands of miles away to key developments right here in the U.S. And they offer some things they are personally thankful for too…including you! Happy Thanksgiving! We hope you enjoy this special edition of the 3 Martini Lunch.

Jim and Greg will be back with brand new podcasts on Thursday and Friday. As they both go on vacation today, let’s look back at their analysis of the midterm elections from two weeks ago. At the time they noted some of the big races that slipped away from the GOP, cheered the big wins in places like Florida and Texas, and discussed what lessons can be learned in the immediate aftermath of the voting. 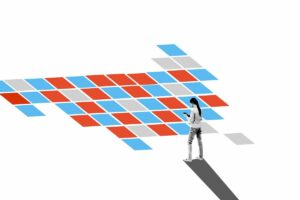 Some people hate Republicans. Others hate Democrats. But everybody hates polling firms.

No bones about it: the most recent midterm election is a profound disappointment to conservatives and independents hoping for a mandate for the governing class to move decisively away from the progressive base of the Democratic Party toward the center. But expectations are the enemy of happiness. It’s one thing to expect the sun to rise in the east, as it does for everyone every day; expecting pollsters to get elections right despite their execrable recent track record is something else entirely.

To reiterate: Republicans have reason to be disappointed in the just-passed election. But the pollsters have every right to respond as Otter did to Flounder in Animal House: “You ****ed up – you trusted us.”

Jim and Greg shake off the surprise of of an underwhelming midterm election for Republicans to dissect why Democrats were able to win so many races that the GOP seemed to have a good shot at. They chronicle the key races that got away, cheer the big wins in places like Florida and Texas, and note that the Republicans still have a good chance at winning the House and have a path left to claiming the majority in the Senate. And they try to determine what the GOP need to do differently or better in future election cycles.

Join Jim and Greg as they sit back and wait for election results tonight. First, they notice usually friendly media getting tougher on President Biden and suggesting another run in 2024 might not be a good idea. They also fume that voting in Maricopa County, Arizona, is suffering from malfunctioning tabulation machines and they find it completely unacceptable that it takes more than a couple days to count mail-in ballots regardless of how many there are. Finally, they groan as some Republicans struggle to keep their future ambitions under wraps until after the midterms – namely President Trump and Sen. Rick Scott.

Join Jim and Greg as they offer their final predictions for control of the House and Senate and the winners of tight races for Senate and governor. Will there really be a big red wave across the country, or will Democrats be able to win some of those tight Senate races? We’ll tell you what we hope will happen and what we think will happen. But the most important thing is for you to make sure you vote!

Join Jim and Greg as they welcome more polling indicators of a good midterm election night for Republicans – including dismal numbers on the state of the nation and a huge shift towards the GOP among suburban women in just the past couple of months. They also applaud New Hampshire Gov. Chris Sununu for calling out “Meet the Press” moderator Chuck Todd for living in a bubble after Todd was incredulous that election denial was not the top concern for voters this year. And they tee off on the suggestion in “The Atlantic” that we should just grant each other amnesty over our differences on COVID policy and just move on.

Join Jim and Greg as they pop the popcorn and enjoy the left melting down on Twitter over the news that Elon Musk is officially running Twitter now. They also call out President Biden for the bald-faced lie that gas prices were above five dollars per gallon when he took office. And they give credit to the Washington Post for saying James Bennet was right in his standoff with the editorial department mob at the New York Times over an op-ed by Sen. Tom Cotton back in 2020.

Join Jim and Greg as they process polling numbers in the Arizona governor’s race and wonder whether Democrats made bad decisions about debating in two key states. They’re also horrified as the Air Force admits its personnel records about a Republican congressional candidate and her sexual assault in Iraq were leaked to a Democratic opposition research firm and got published in Politico. And Jim has zero confidence that anyone will face consequences for such a heinous act. Finally, after years of insisting President Trump and Republicans are an existential threat to democracy, a Dem-connect PAC is spending tons of money on ads saying the GOP candidates are not loyal enough to Trump and that his voters should support Libertarian candidates.

Join Jim and Greg as they serve up two good martinis and a crazy one. First, they cheer the Institute for Energy Research for blasting Biden for undermining American energy independence and for playing politics with the Strategic Petroleum Reserve. They also applaud Politico for honestly reporting on how Stacey Abrams’ Fair Fight Action group spent many millions on legal action in Georgia that went nowhere but made her campaign chairwoman very rich. And they sigh as Hillary Clinton claims Republicans are plotting to steal the 2024 presidential race and Jim notices the Clintons are nowhere to be found on the midterm campaign trail.