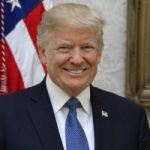 Barr is making federal law enforcement work at Trump speed to stem the bleeding on our cities’ streets. Just after Biden offered a leftist elite woman with just the right level of melanin and ancestry, President Trump delivered real justice for an African-American child and his heartbroken mother. And Trump’s administration delivered this on the same day as this supposed chaotic, supposedly inferior administration delivered peace in the Middle East between Israel and the United Arab Emirates. Both of these accomplishments come the day after Secretary of State Pompeo spoke in Prague, rallying Europeans against the present danger of the Chinese Communist Party’s malign influence in Europe. Elections have very real consequences.

Some employees at a consulting firm where I used to work years ago, told me about a news site called Koenig’s International News. Bill Koenig is a writer and journalist as well as a White House correspondent. I discovered a book he wrote in 2004 called, “Eye to Eye – Facing the Consequences of Dividing […]

A few days earlier Bahrain and UAE were Tweeting their happiness to be in Jerusalem to participate in an international bike race. This is new.

In the dramatic closing moments of 2017, the following has happened: United States President Donald Trump declared Jerusalem the Capital of Israel. Jerusalem, the heartbeat of the Jewish people, was described in the Old Testament as a gift from God. In the same week, the UN declared it null and void. One hundred and twenty-eight […]

“Solomon’s Temple, I believe, was built by the Canaanites who were the neighbors of the Israelis, the Israelites… I want to state several words clearly: the Bible became an archival document, not representing what the Israelis and the first Jews were, but what they thought they were, what they imagined. The Temple is the fruit […]

Is Trump the “non-traditional” president who can break through the logjam of the Israel/Palestinian peace process? Foreign Affairs Reporter Joel Gehrke updates the latest from Trump’s Mideast trip, including Trump’s tough talk about terror in the capitol of Wahhabism.

I wanted to share at this critical hour, some important news and thoughts directly from the Nov. 4 Hal Lindsey Report in Hal Lindsey’s words: “Arguably, the most critical election in America’s history just days away, our current President, Barack Obama, may be on the verge of a test like few other world leaders have […]

I wish this was about the Chicago Bears versus the Philadelphia Eagles, but not so much……. Russia is on the move again. Ukraine is the target again.  Preview Open

No US Troops in Ukraine, Thank You Very Much
Jon Gabriel, Ed. · 33 Likes

In the Meme
Mark Alexander · 29 Likes