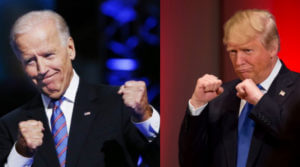 Join Jim and Greg as they serve up all crazy martinis today!  First, they cringe as Joe Biden literally forgets where is giving a speech, showing more evidence of decline just weeks before Democrats officially nominate him for president. They also dig into the long game of the Democrats and their media allies, as they hammer the COVID responses of the GOP governors of Texas and Florida.  And they get a kick out of how the Joe Kennedy III Senate campaign is lashing out at Boston Globe after the paper endorsed incumbent Democrat Ed Markey. 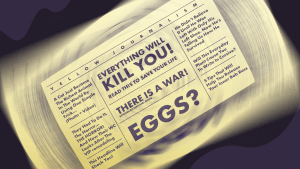 A YouTube culture and movie critic called Critical Drinker published the definitive defense of freedom and the preservation of art. Worse than burning books and banning movies, we can now alter them to mean what we need, rather than what the artists originally intended:

This point got buried in a semi-related thread, but I think it deserves it’s own.

Last week, 75-year-old Martin Gugino was shoved by a member of Buffalo New York’s emergency response unit. I live in upstate New York and this story has almost surpassed the George Floyd murder as the number one topic that every idiot on social media has to give their opinion on. I was pretty disgusted by the video when I first saw it. It’s pretty graphic. Then I started approaching the issue from the perspective of logic and reason. Stoicism is important because emotions tend to blur the truth. Be like Mr. Spock when approaching these situations. Reason. Logic. Stoicism.

The 3 waves of disruption. Emerging (or innovators) , Differentiating and Value (or imitators). I see the Media Streaming industry as disrupting not just the movie industries, but entertainment distribution in general. It seems every entertainment producer must have a streaming service or a streaming marketing strategy for their products now. In the first wave […]

We’re ending the week with all crazy martinis! First, we dissect the partisan fury of Michigan Attorney General Dana Nessel who says President Trump is no longer welcome in the state because he didn’t wear a mask before cameras while visiting a Ford plant on Thursday. They also hammer Joe Biden for telling a prominent black talk show host, “If you have a problem figuring out if you’re for me or Trump, then you ain’t black.” And they react to President Trump unloading on Fox News for not doing more to help him and other Republicans win.