As one of the 27 conservatives in Madison, Wisconsin, I was thrilled to attend last night’s “Verdict with Ted Cruz”. This is a weekly video-podcast event in which Michael Knowles interviews the estimable cowboy-booted senator. All in all, it was a fine event. Preview Open

This afternoon, for reason immaterial to this post, I decided to take the dogs into a local city park for their afternoon walk. Not a long walk, about a mile. Nice park, baseball diamonds, jogging trail, pool (shut down ‘cause covid), playground area. The “city” population I’m guessing at 1,500. It’s the county seat for a county with a population of 7,000 but Tennessee helped with the finances.

So on the way back to the car with the two dogs, I see that people are gathering for baseball practice: mom, dad, the kids. Made me feel good. Then I noticed something that caused me to slow down to look closer. 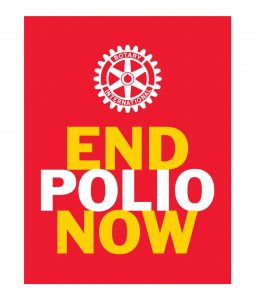 “Masks are a tool, useful in the right application. They’ve become a political fetish object for reasons that have nothing to do with their utility.” – Prof. Glenn “Instapundit” Reynolds

I never expected to hear this much debate over masks outside of a superhero comic convention. Posts here bounce back and forth between people who wear masks and those who oppose them. Then you have people who are constantly watching for someone to not wear their mask. It’s no longer just a layer of absorbent material worn over the nose and mouth, it is a symbol of fighting against the pandemic — a literal virtue signal.

Obviously not while inside by myself, but I wear a mask whenever I expect to walk by people or I am getting a delivery. It’s partly because it is required by our crazy governor (statewide lockdowns are stupid), and partly because I want to protect other people. There’s also the fact that we will enforce masking at work, and I’ll be damned if I enforce a rule I won’t practice myself. (I became a stringent recycler in my private life when I was asked to implement a recycling program at my last job)  It also is not really harming me, and I try to wear only quality American-made masks and bandanas.

I even stopped a pair of police officers and asked if the CPD didn’t give them masks. I said I’d give them bandanas suitable for masks if the department had left them out. Turns out they had just taken them off to talk outside their car. We chatted a bit before I finished heading home with dinner. It’s not like you could actually social distance from your partner in a squad car…