So this interesting spiel from the self-appointed “health expert” Bill Gates took place on a recent “The Daily Show” with unfunny “comedian”  Trevor Noah. The 9 minute  run time for our favorite chirpy “The Next Pandemic” Nostradamus of chimeric gain-of-function, and enabler of most  lab-developed pandemics  allowed the billionaire  to  remain  quick to suggest how […]

“Truth is stranger than fiction, but it is because Fiction is obliged to stick to possibilities; Truth isn’t.” — Pudd’nhead Wilson’s New Calendar, Mark Twain

Ain’t it the truth. All you have to do is look at the news today. If in 1960 someone had written a science fiction novel about the 2020s with even half the things that are going on today his editors would have laughed at the draft when they encountered it on the slush pile. The world would lock down for a respiratory virus with a 1% fatality rate? Get outta here!  That will never happen. The FBI would be colluding with a major political party and the New York Times to subvert justice? That’s wacko conspiracy theory territory. Big Brother would not come from the government but rather from public sector technology companies? That idea’s kinda out there, isn’t it? 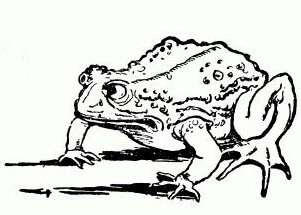 I can’t think of a better way to celebrate it than to reprint here the story which started it all, Mark Twain’s The Celebrated Jumping Frog of Calaveras County.  It was his first significant published work and appeared as Jim Smiley and his Jumping Frog in The Saturday Press (a weekly New York literary newspaper) on November 18, 1865.  Over the course of several years, as the story was published in other magazines and in anthologies of humorous stories, Twain changed its name back and forth, at one point titling it The Notorious Frog of Calaveras County, sometimes calling the frog’s owner “Jim Smiley,” and sometimes “Jim Greeley.”

The story was immensely popular from the first, and also appeared in several unauthorized versions during Twain’s lifetime.  At one point, he discovered it in a French translation and subsequently published a tri-partite volume consisting of the original English version, followed by the French, followed by Twain’s translation of the French back into English, in the course of doing which he retained the original French syntax.  And so you get passages like

For @oldbathos, @garymcvey, @arahant, and @bossmongo. With apologies to those depicted, and art as a concept.   Preview Open

“Humanity has unquestionably one really effective weapon—laughter. Power, money, persuasion, supplication, persecution—these can lift at a colossal humbug—push it a little—weaken it a little, century by century, but only laughter can blow it to rags and atoms at a blast. Against the assault of laughter nothing can stand.” — Mark Twain

Do we want to marginalize woke-scolds? Laugh at them. Make them figures of fun. Similarly for Progressives. (Indeed, Progressives realize this too. Alinsky’s fifth rule states “Ridicule is man’s most potent weapon.”)

It is curious–curious that physical courage should be so common in the world, and moral courage so rare. – Mark Twain in Eruption   Preview Open

A sin takes on new and real terrors when there seems a chance that it is going to be found out. This gives it a fresh and most substantial and important aspect.—Mark Twain, The Man That Corrupted Hadleyburg (1899). Have at it, my friends. Have at it. Preview Open